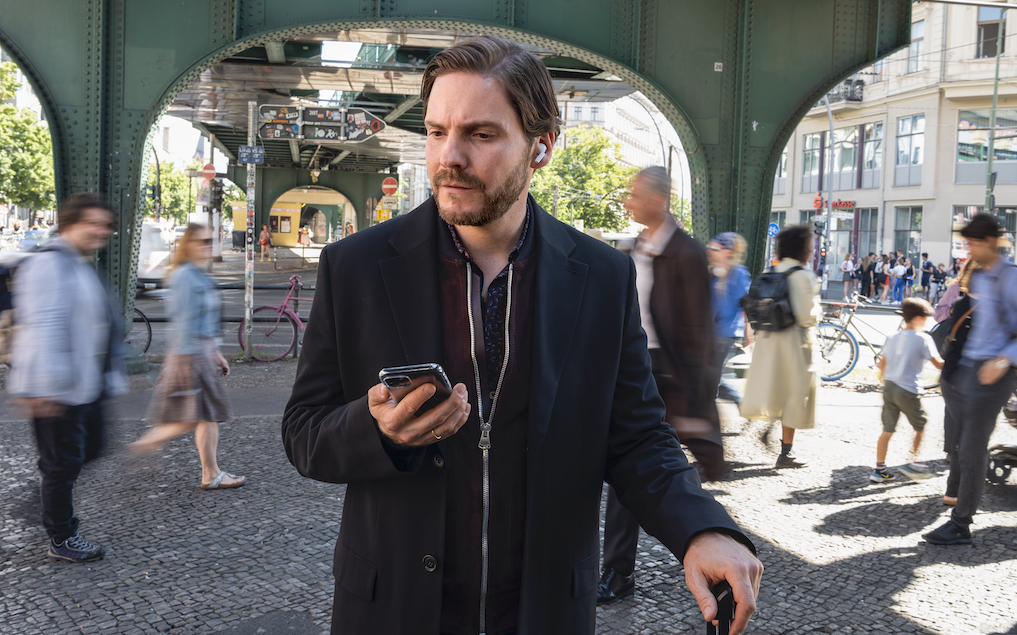 Berlin, the Prenzlauer Berg district. When this summer day is over, nothing will ever be the same again. The protagonist of this tragicomic scenario is as unsuspecting as he is accustomed to success. His loft apartment is stylish and so is his wife, and the nanny has the children under control. Everything is tip-top, bilingual and ready for him to jet off to an audition where a role in a superhero film awaits the celebrated German-Spanish actor. Popping into the bar on the corner, he finds Bruno sitting there. As transpires by the minute, Bruno has been waiting for this moment for a long time. And so this eternally overlooked man – one of the reunification’s losers and a victim of the gentrification of what was once East Berlin – takes his revenge. With Daniel as his target...