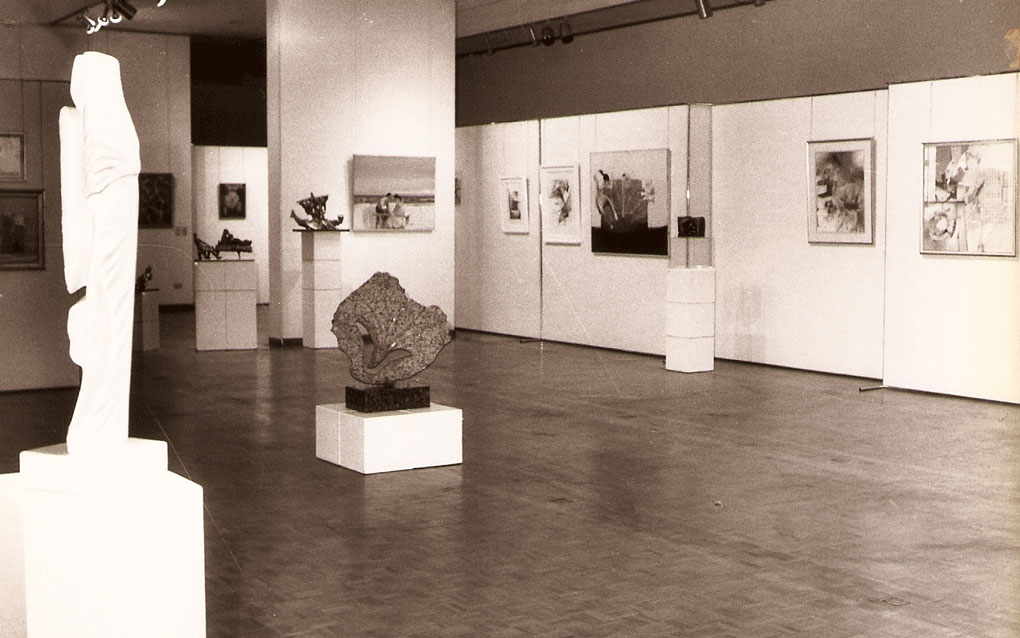 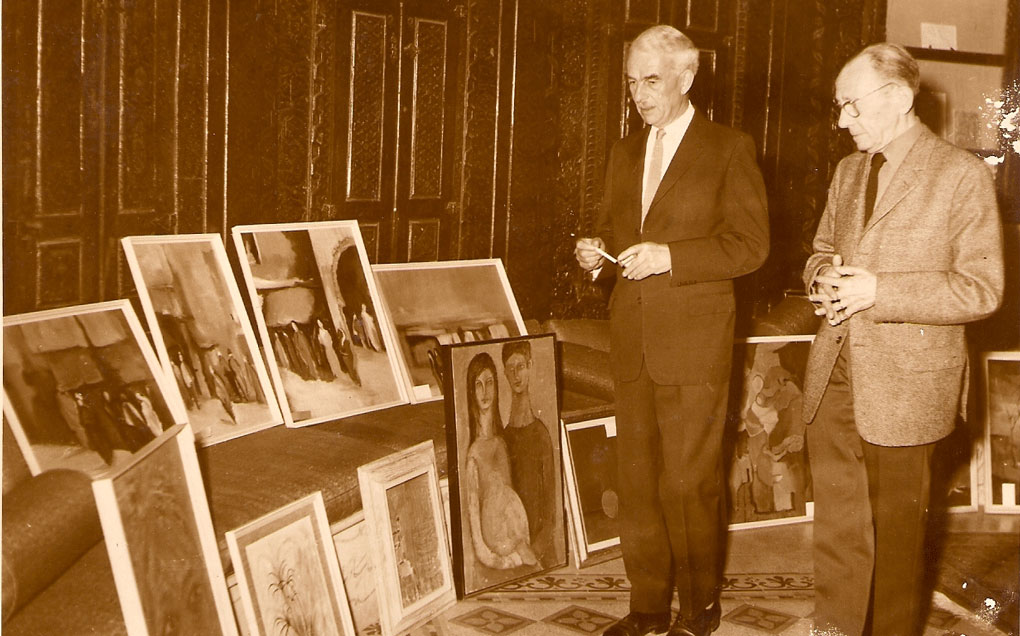 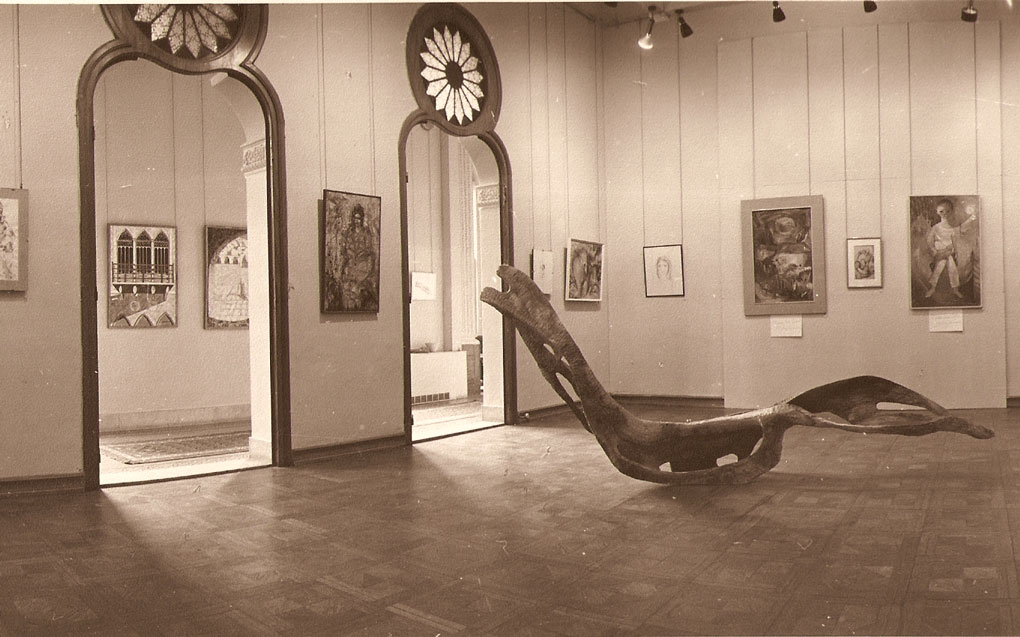 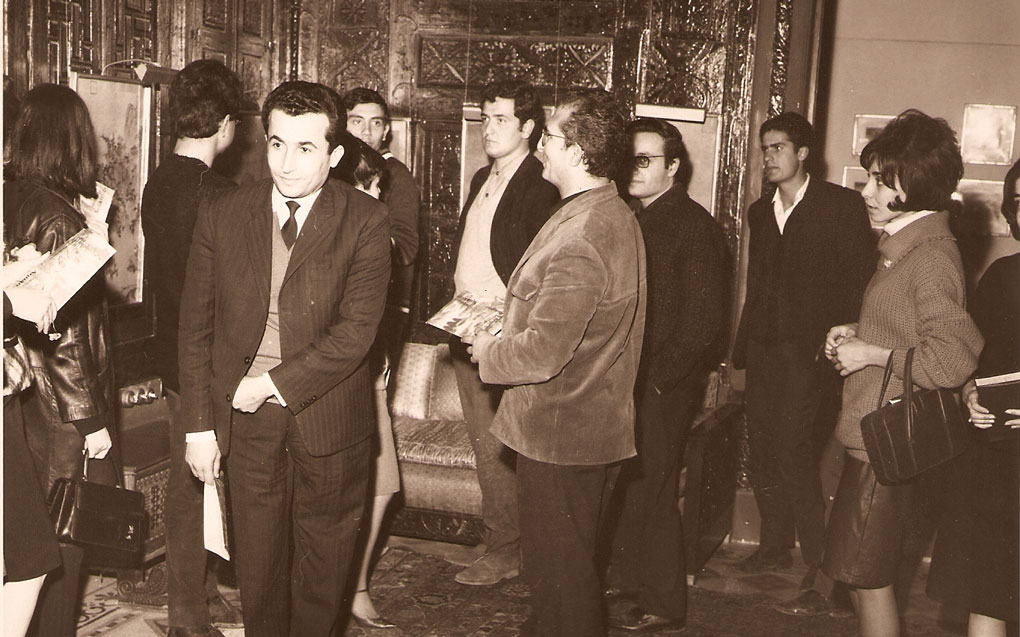 The Sursock Museum was born out of Lebanese collector Nicolas Sursock’s commitment to the endorsement and promotion of art. Recognizing the need for institutional support of artists in Lebanon, Sursock left his mansion to the citizens of Lebanon as an art museum upon his death in 1952:

“As I love fine art and long for its development, particularly in my homeland, Lebanon . . . As I wish for this country to receive a substantial contribution of fine art works, and that my fellow citizens might appreciate art and develop an artistic instinct . . . I, Nicolas Ibrahim Sursock . . . set up in the form of waqf [trust] all of [my] estate . . . in order that this property and its contents form a museum for arts, ancient and modern, originating from the territory of the Republic of Lebanon, other Arab countries or elsewhere, as well as a space where Lebanese artists’ work shall be exhibited . . . it being understood that this Museum shall remain eternally and perpetually . . . This ensemble will be entitled the Nicolas Ibrahim Sursock Museum, and shall be handed over to the mutawalli, who will be the President of the Municipality of Beirut, regardless of which political regime exists at the time.”

A nine-year delay in implementing Sursock’s will followed. During that time, former Lebanese President Camille Chamoun issued a decree turning the villa into a palais d’hôtes, housing various visiting heads of states.

Operating as a museum without walls, the Sursock Museum held its first exhibition before the Museum had even opened. Titled "The First Imaginary Museum in the World," it was held at the UNESCO building in Beirut in 1957, and featured 664 framed color reproductions of masterpieces from Asia, Europe, and America.

The Museum opened its doors in 1961 with the Salon d’Automne, an open call exhibition showcasing new art of the time. The Salon, based on the 19th-century French model, awarded different prizes for the most innovative works. It was held regularly following the Museum’s opening, tracing the evolution of fine arts in Lebanon throughout the years. Major Lebanese artists featured in the Salon in the 1960s include Shafic Abboud, Yvette Achkar, Etel Adnan, Michel Basbous, Saloua Raouda Choucair, Paul Guiragossian, Elie Kanaan, Aref el Rayess, and Adel Saghir.

Alongside the Salon d’Automne, the Museum organized diverse exhibitions showcasing art from all over the world, from oriental carpets and  Syrian contemporary art to 20th century British watercolors and drawings and Belgian contemporary art. Notably, the Museum remained open throughout most of the Lebanese Civil War, despite it being a period of great unrest and uncertainty.

In 2008, the Museum closed for major renovation and expansion works that saw a fivefold increase in its total surface area, from 1,500 square meters to 8,500 square meters. This structural overhaul aimed at equipping the Museum with the facilities that would transform it into a cutting-edge 21st-century cultural institution. The project was initiated in 2000 by the President of the Museum’s Committee at the time, Ghassan Tueni, who, along with the Committee, commissioned the architects Jean-Michel Wilmotte and Jacques Aboukhaled to undertake the expansion project. The works were completed in 2014 under the mandate of Dr. Bilal Hamad, the Museum’s mutawalli, and Dr. Tarek Mitri, the Chair of the Museum’s General Committee. You can read more about the expansion project here.