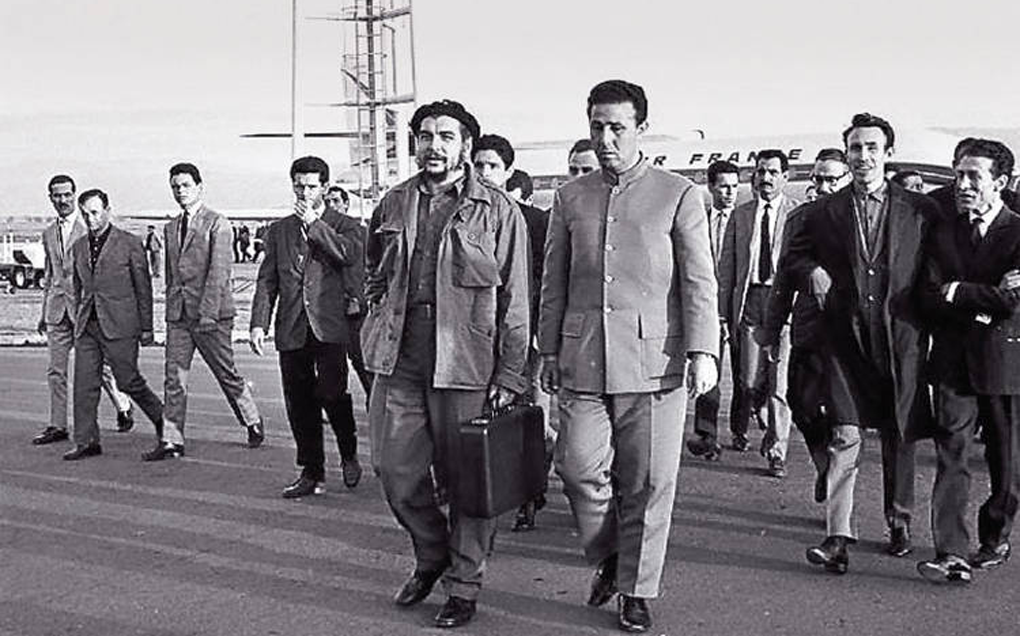 Between 1960 and the mid-1970s, Algeria played an important role in international diplomacy, by incarnating a “third option” in the reigning bi-polarism of the Cold War. The newly independent country, that ended 132 years of colonial rule, extended support to anti-colonial and revolutionary liberation movements worldwide. Ahmed Ben Bella, then Houari Boumédiène, the first two presidents made Algeria a safe haven for militants fighting colonial or racial injustice, like Eldridge Cleaver, leader of the Black Panther Party, or Amílcar Cabral, independence leader from Guinea-Bissau. “White Algiers,” with its bright white buildings, became known as “Red Algiers” in reference to Che Guevara, who established the back base for his guerilla activities in the African continent.

Benj Salama is an author and filmmaker who studied filmmaking at the Institut des Hautes Etudes Cinématographiques (IDHEC) in 1973. He was born in Algeria but settled in France at the age of 20. He has written several books, including Au Nom de l’Islam : Enquête sur une religion instrumentalisée (2009), and directed numerous documentary films, including Une Histoire algérienne (2012).