Memories of Stones
In partnership with ARP–ALBA-University of Balamand 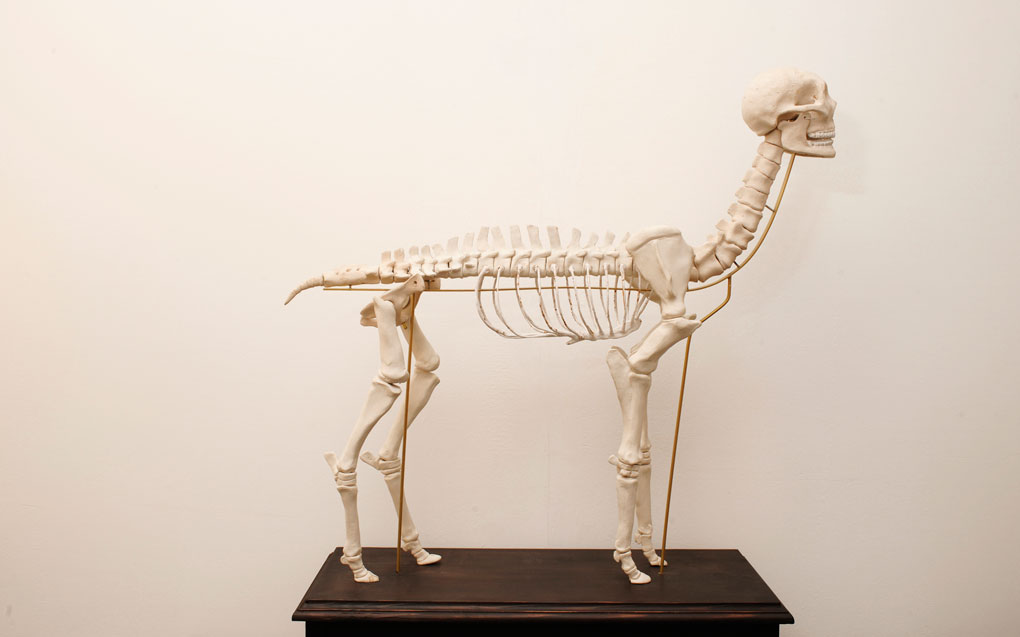 Said Baalbaki
Skeleton of Al Burak
Ceramic, papier-mâché and brass mounted on a wood base
62 x 65 x 15 cm
Courtesy of the artist

Said Baalbaki’s recent works question the mechanisms of perception in museum space, the construction of knowledge within this space, and the credibility given by the public to objects exhibited in a museum. He is interested in questioning the authority and power vested in museums and cultural institutions, and the influence of culture, ideology, and myth in how we participate in cultural consumption.

Baalbaki will present his work, departing from his lithography series Memories of Stones (2012-2015), produced in relation to texts by Gregory Buchakjian, Valérie Cachard, and Marwan Kassab Bachi to his interest in history and the act of writing history in his trilogy series Al Burak (2006-present), and his ongoing research into the life and works of Palestinian-German artist Jussuf Abbo.

Following his talk, Baalbaki will be in conversation with Gregory Buchakjian.

Gregory Buchakjian is a Beirut-based art historian and photographer. He teaches at l'Académie Libanaise des Beaux-Arts (ALBA)-University of Balamand, where his research revolves around modern and contemporary Lebanese and Arab art. He recently completed his Ph.D. at Université Paris IV Sorbonne, where he wrote a dissertation titled Abandoned Dwellings in Beirut: Wars and Transformation of the Urban Space (1860-2015).