The Art Salon in the Arab Region

The Art Salon in the Arab Region

In collaboration with the Orient-Institut Beirut (OIB) 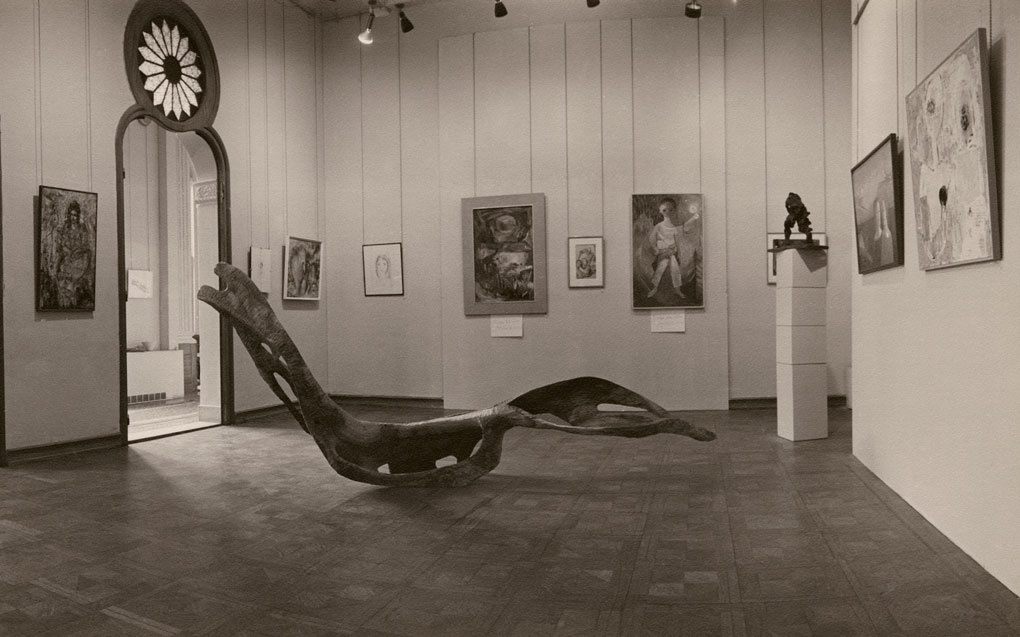 The academies of art in Paris and London – founded in the 17th and 18th centuries – and their annual salons soon became the most powerful institutions in the European art world of the time, patronizing art and directing public taste. Only in the 19th century did artists begin to oppose the monopoly of the academy, creating new exhibition forums or independent salons.

In the region, several official and unofficial salons sprung up in the 20th century, becoming an important feature in the cultural lives of cities such as Cairo, Tunis, and Beirut. The Salon was also a point of contention for artists, with some rejecting it all together and establishing formats counter to that of the official Salon.

Join us for presentations and a panel discussion on the history and influence of Art Salons in the region including the Sursock Museum's long running Salon d'Automne. Speakers are Monique Bellan, Jessica Gerschultz, and Nadia von Maltzahn. Moderated by Kirsten Scheid.

Jessica Gerschultz: The Salon Tunisien: Roots of the Tunisian École

Jessica Gerschultz’s presentation examines the foundational role played by the Salon Tunisien in the development of artistic categories and networks among Tunis-based artists. Established in 1894, the Salon Tunisien served as the earliest institutional framework for delineating the concepts of “fine” and “decorative” art under the French Protectorate. Alexandre Fichet and Ali Bellagha, the salon’s two longest-serving presidents, each sought to address the troubled relation of these concepts to art forms constituting les arts indigènes and the artisanat, classifications that became increasingly gendered by mid-century. Moreover, the Salon Tunisien drew together artists forming the Tunisian École, a group of artists, art students, professors, and artisans whose collaborations fleetingly restored the “decorative” to a privileged position. Frictions first encountered by artists in the Salons Tunisiens, continuously reevaluated by the Tunisian École through various institutional channels, characterize the longstanding dilemma posed by the artisanat and the decorative arts in Tunisian modernism.

Jessica Gerschultz is an Assistant Professor in the Department of African and African-American Studies at the University of Kansas. Her research centers on African and Arab articulations of modernism with an emphasis on tapestry. She was an ACLS (American Council of Learned Societies) Fellow in 2016 for the writing of her book manuscript, tentatively entitled Decorative Arts of the Tunisian École.  She has written articles for ARTMargins (2016), The International Journal of Islamic Architecture (2015), and Critical Interventions: Journal of African Art History and Visual Culture (2014).

This talk looks at the resistance to the art salon focusing on the historical avant-garde in Egypt - more precisely the Surrealist group Art et Liberté founded in Cairo in 1938 - and its position toward academic art and exhibition practices. Their alternative, independent exhibitions defied established tastes and modes of perception and provoked in many ways. The museum and its conventional exhibition concepts were to be undermined and desacralized. The Surrealists’ aim was to erode the art institution that contributed to a consolidation of power, and the return to a spiritual experience of art. The use of new media, the concept of the objet trouvé, the interest in so-called primitive art, and the development of a new aesthetic repertoire questioned the established aesthetic and moral categories and the role of the artist in society.

Monique Bellan works as a research associate at the Orient-Institut Beirut. Her current research project focusses on aesthetic reflection in 20th century Lebanon and Egypt. Previously, she has worked on Lebanese contemporary art and theatre and has published a book titled dismember Remember: The Anatomical Theatre of Lina Saneh and Rabih Mroué (2013).

Nadia von Maltzahn: Guiding the Artist and the Public? The Salon d’Automne at the Sursock Museum since 1961

First opened in 1961, the Sursock Museum became known for its annual Salon d’Automne, a group exhibition of contemporary art. The salon was launched at a high period for contemporary art in Lebanon – when new galleries were opening in Beirut and the city was establishing itself as a regional cultural hub – and quickly became a symbol of the museum. The first president of the museum’s committee announced the third salon with the words that it was time to “establish criteria that can guide both the artists and the public in general.” The direction of both public taste and the artist was clearly a mission of the salon. In this presentation, the role of the Sursock Museum’s Salon d’Automne in patronizing art will be examined by looking at the selection process, the artists, and the public. Special attention will be paid to the role of the jury. The aim is to understand the evolving role of the salon in shaping the artistic landscape in Lebanon from its inception until today.

Nadia von Maltzahn is Research Associate at the Orient-Institut Beirut (OIB). She is the author of The Syria-Iran Axis. Cultural Diplomacy and International Relations in the Middle East (I.B.Tauris, 2013, 2015), and holds a D.Phil in Modern Middle Eastern Studies from St Antony’s College, University of Oxford. She co-edited Divercities: Competing Narratives and Urban Practices in Beirut, Cairo and Tehran (Orient-Institut Studies 3, 2015) and Inverted Worlds: Cultural Motion in the Arab Region (Orient-Institut Studies 2, 2013). Her current research project deals with cultural policies in Lebanon, looking in particular at cultural institutions and their role in the public sphere.

Kirsten Scheid teaches anthropology and art studies in Lebanon at the American University of Beirut. Her research specializes in longue durée historical and ethnographic accounts of modern art as a social agent in areas usually excluded from art studies, such as Lebanon and Palestine. Her work has been supported by the National Endowment for the Humanities, the Palestinian American Research Center, and the Wissenschaftskolleg zu Berlin, and it has appeared in academic and art publications such as The International Journal of Middle East Studies, Museum Anthropology, Art Margins, Anthropology Now, and the MOMA's Primary Documents Series. Kirsten has also curated several art exhibitions: "Women at an Exhibition" (2001, Nadi al-Saha), "Historical Modernisms" (2008, with Jessica Winegar, at ArteEast), and "The Arab Nude: The Artist as Awakener" (2016, with Octavian Esanu, at AUB).