There Is No Right or Wrong Here 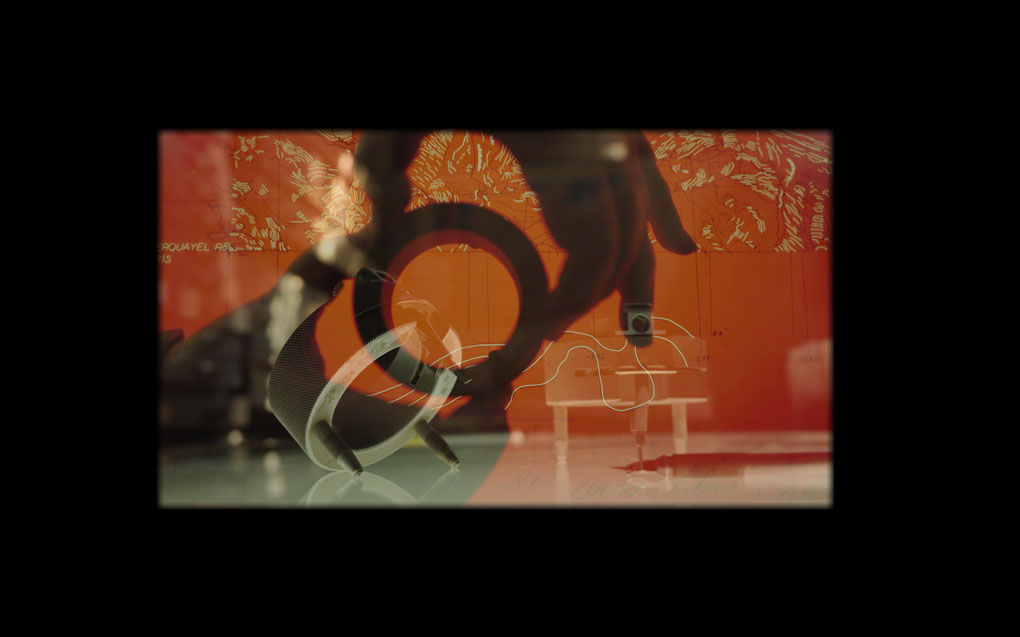 Ahmad Ghossein
The Last Cartographer in the Republic
Video, 16’
Courtesy of the artist

Artist and filmmaker Ahmad Ghossein will discuss the research and ideas behind his latest exhibition, There Is No Right or Wrong Here, currently on view at Marfa’ Gallery.

Starting from a fleeting land of which no trace can be found, Ghossein’s project aims to question the conceptions of space, land, and its thickness – or the limits of its depths before it can be considered “underground” in South Lebanon.

Following the talk, Ghossein will be in conversation with Hatim El-Hibri.

Ahmad Ghossein holds an MFA from the Oslo National Academy of the Arts and a BFA in Theater from the Lebanese University. His practice spans a range of media, including video art, installation, sculpture, and film. His work has been exhibited at the Museum of Modern Art (New York, US), the New Museum (New York, US), Kunsthall Oslo (Oslo, Norway), Home Works 7 (Beirut, Lebanon), the SeMA Biennale (Seoul, South Korea), Bétonsalon (Paris, France), Mucem (Marseille, France), and the Sharjah Biennial (Sharjah, UAE).

Hatim El-Hibri is Assistant Professor of Media Studies in the Department of Sociology, Anthropology and Media Studies at the American University of Beirut. He earned his PhD at the Department of Media, Culture, and Communication at New York University. His research and teaching interests center on the intersection of visual culture studies, middle east media studies, critical theory, and urban studies. He is currently working on a book tentatively titled ‘Visions of Beirut: The Urban Life of Media Infrastructure.’ As of Fall of 2017, he will be Assistant Professor of Film and Media at George Mason University.