Beirut Cinema Days: "The Dream," "They Do Not Exist," and "Off Frame"

Beirut Cinema Days: "The Dream," "They Do Not Exist," and "Off Frame" 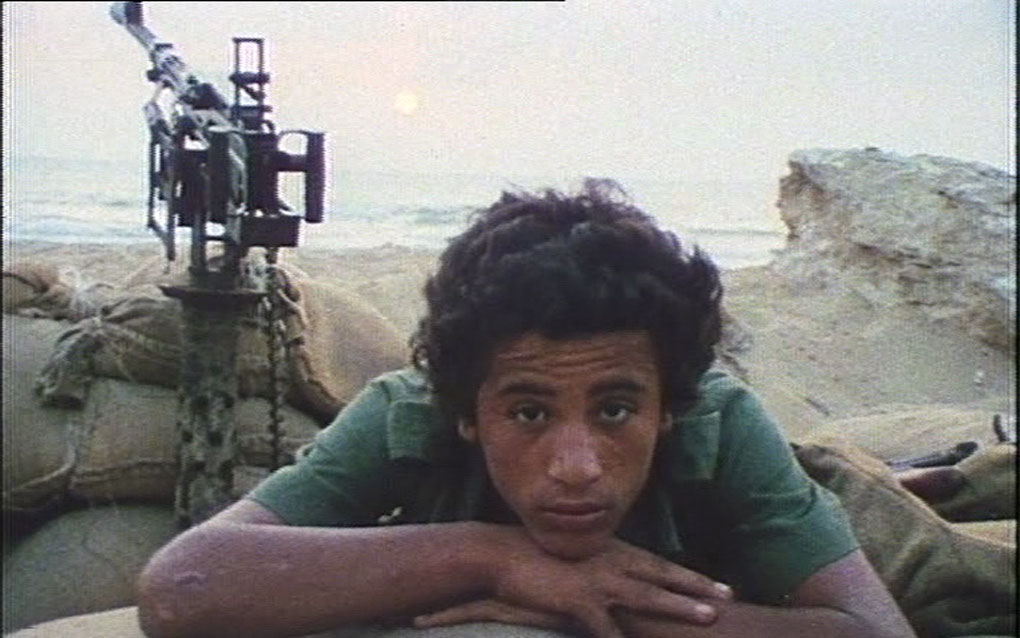 These screenings are part of the 9th edition of the Beirut Cinema Days film festival, taking place from 15 to 24 March 2017. The theme of the screening program at the Museum is "Cinema and Exile," showing films that look into cinematic expression of exiled communities and reflect on the context of production.

Filmed two years before the Sabra and Shatila massacres, The Dream traces a series of interviews with Palestinian refugees from the camps of Sabra, Shatila, Bourj el-Barajneh, Ain al-Hilweh, and Rashidieh in Lebanon. During the interviews, the director asks about their dreams at night. The dreams always converge on Palestine: a woman recounts her dreams about winning the war; a fedai of bombardment and martyrdom; and one man tells of a dream where he meets and is ignored by Gulf emirs.

During filming, Mohamad Malas lived in the camps, where he conducted interviews with more than 400 people. In 1982, the massacres occurred, taking the lives of several people he interviewed – he stopped working on the project. In 1986, Malas returned to his project and edited the many hours of footage into this short film.

Mohamad Malas was born in 1945 in Quneitra on the Golan Heights. Malas represents the Syrian auteur Cinema like no other. He grew up under the impression of many wars and conflicts in the region, which would play a central role in his later work. He worked for many years as a teacher in Damascus while studying at the Faculty of Philosophy, and then studied filmmaking at the Russian State Institute of Cinematography (VGIK). He received wide international acclaim for his feature and documentary films and won a number of awards at film festivals around the world. Among his most important films are Dreams of the City (1983), The Night (1992), and Passion (2005).

They Do Not Exist (Laysa Lahum Wujud)
Directed by Mostafa Abu Ali, 1974
24', black and white, Arabic with English subtitles

The film opens with an idyllic view of the Nabatia Palestinian refugee camp in Lebanon – narrow and neat alleys of the camp with flowers trailing over the tops of walls, women, and men happily working at home and in vegetable stores. The title of the film is a statement of resistance – a rejection of 1970s Israeli claims that there were no such people as the Palestinians, and of the 19th century Zionist notion that Palestine was a "land without a people." Yet, 1974 was the heyday of the Palestinian armed struggle, and the idyllic image couldn’t last. Indiscriminate Israeli bombing in May and June of that year destroyed much of Nabatia, killing many civilians and driving the refugees into a second flight to Ein el-Hilweh camp. Much of film is taken up with testimonies of witnesses to the Israeli attacks, and defiant survivors lamenting their loved ones.

Shot under extraordinary conditions, the film uncovers the conditions of Lebanon's refugee camps, the effects of Israeli bombardments, and the lives of guerrillas in training camps.

Mostafa Abu Ali studied cinema in London, graduating in 1967. One of the founders of Palestinian cinema under the auspices of the PLO, and the Palestinian Cinema Association in Beirut in 1973, he has written four screenplays and directed more than 30 films, for which he won more than 14 awards.

Off Frame (Revolution Until Victory)
Directed by Mohanad Yaqubi, 2016
62’, color and black and white, Arabic with English Subtitles

Off Frame (Revolution Until Victory) is a meditation on the Palestinian people’s struggle to produce an image and self-representation on their own terms in the 1960s and 1970s, with the establishment of the Palestine Film Unit as part of the PLO. Unearthing films stored in archives across the world after unprecedented research and accessibility, the film begins with popular representations of modern Palestine and traces the works of militant filmmakers in reclaiming image and narrative through revolutionary and militant cinema. In resurrecting a forgotten memory of struggle, Off Frame reanimates what is within the frame, but also weaves a critical reflection by looking for what is outside it, or what is off frame.