The City in the City: Cosmopolis Beirut

The City in the City: Cosmopolis Beirut 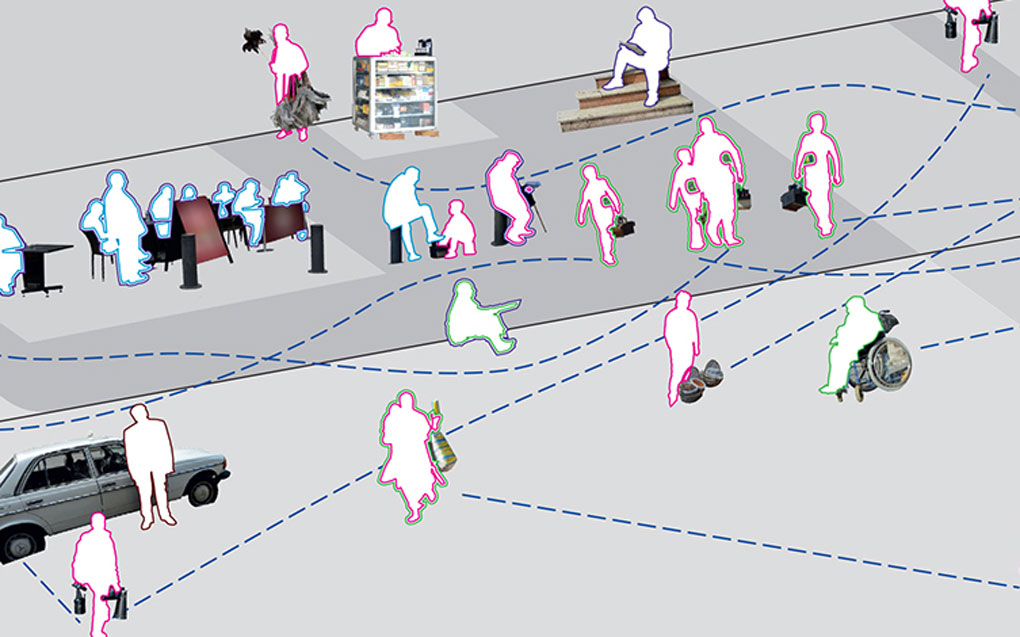 Mona Fawaz and Ahmad Gharbieh
The Street’s Public: Inhabiting the Street (detail)
Courtesy of the artists

Bringing together contributors working in sociology, urban studies, and design, this panel aims to propose a new cosmopolitan reading of Beirut, one that moves away from discrimination and exclusion to a more nuanced, diverse, and networked view of the contemporary cosmopolis.

While Beirut was historically shaped through migratory and economic flows, the contemporary movement of labor and capital calls for a rethinking of Beirut’s position in a globalizing world.

Ahmad Gharbieh talks about the everyday negotiation of public spaces in Beirut, tracing the visible markers of power and territory, while also highlighting how these are contested and negotiated through everyday actions.

Mona Harb looks at how new practices of leisure and consumption in specific neighborhoods in Beirut create cross-border territories of affiliation.

Rohit Goel in conversation with Nadia Bou Ali on the visible markers of an emergent nationalism in post-1990 Beirut.

Nadia Bou Ali is Assistant Professor in the Civilization Studies Program at the American University of Beirut and has a doctoral degree from the University of Oxford. Her research focuses on conceptions of language in Arab thought and draws on critical theory and psychoanalysis. Nadia is currently writing a book entitled, In the Hall of Mirrors: Modern Arab thought, politics, morality, and the question of language (Forthcoming 2017 Edinburgh University Press).

Ahmad Gharbieh is Assistant Professor in the Graphic Design Program at the American University of Beirut. Trained in graphic design and urban sociology, Gharbieh's scholarly work explores mapping as a method of researching, representing, and analyzing socio-spatial phenomena. His work has been exhibited in Beirut, Barcelona, Berlin, Paris, Rotterdam, and Sharjah. His work is currently exhibited as part of the City in the City at the Sursock Museum.

Mona Harb is Professor of Urban Studies and Politics at the American University of Beirut. Her previous research examined Hizballah's social and urban service provision as well as the socio-spatial practices of urban leisure in south Beirut. She is now working on two projects: one on local governments, planning policies and public goods provision, and the other on youth mobilization and exclusion in Lebanon.