A closer look at the woodwork restoration 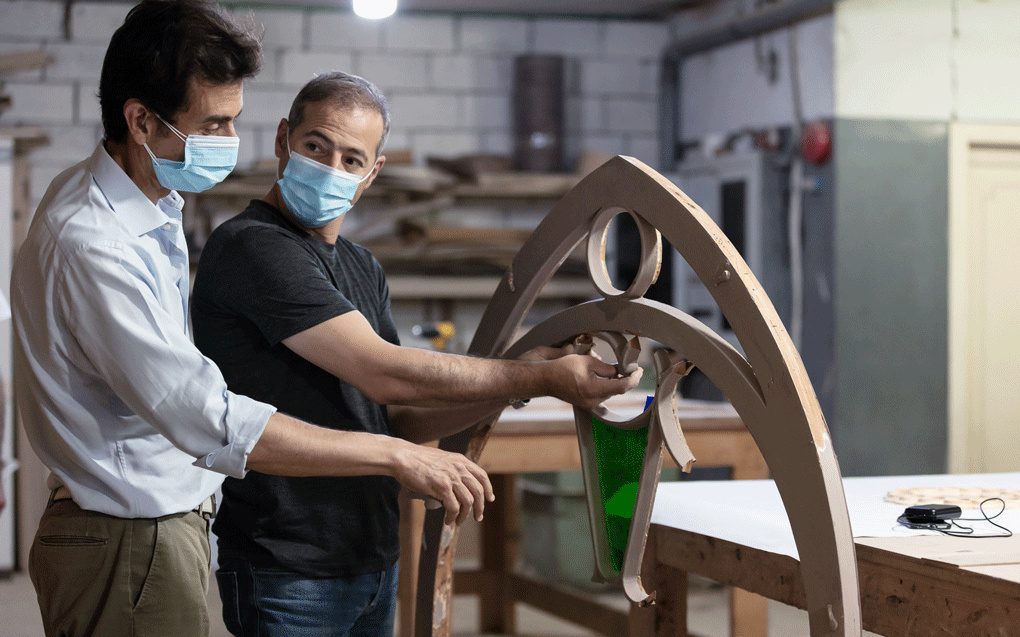 The motifs and patterns within the original wooden doors and arches were shattered in the explosion. The first step towards recreating these patterns is to find the broken wooden pieces that originally belonged to each wooden structure.
Photo: Vicken Avakian 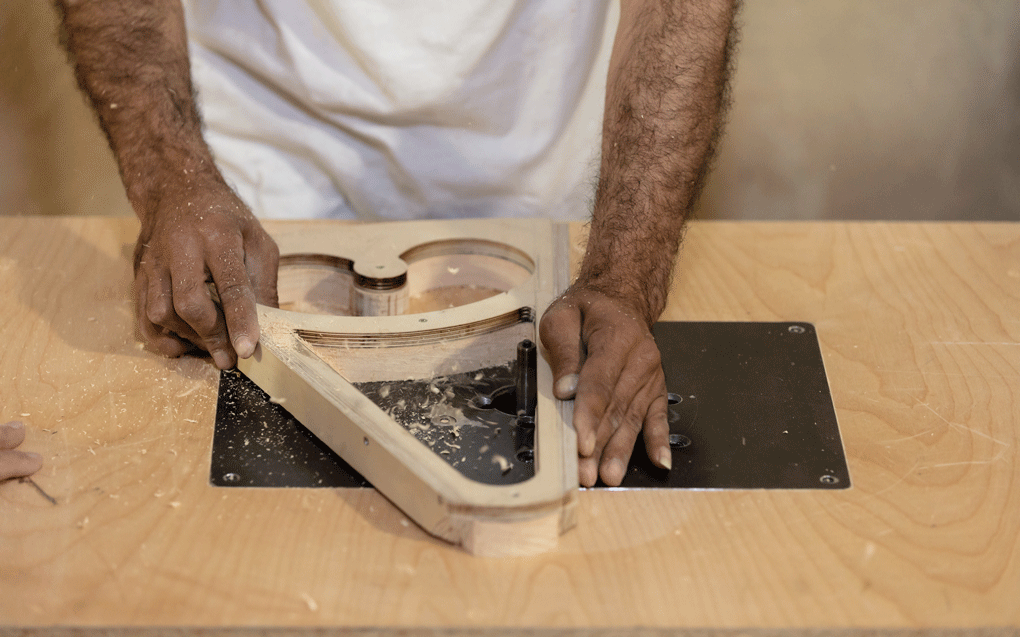 After matching each broken wooden piece to the door or arch to which it belonged, Maison Tarazi's craftsmen are able to redraw these elaborate patterns, and eventually to recreate them, first using timber wood, as is shown here.
Photo: Vicken Avakian 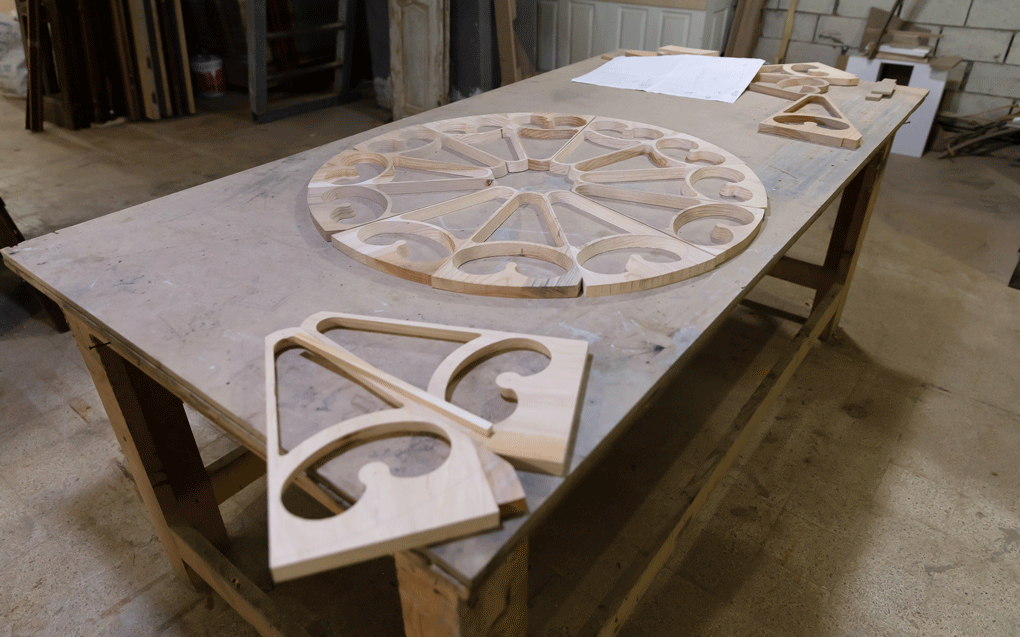 The newly-formed motifs made up of timber wood are sometimes used to recreate entire wooden arches which have been shattered
Photo: Vicken Avakian 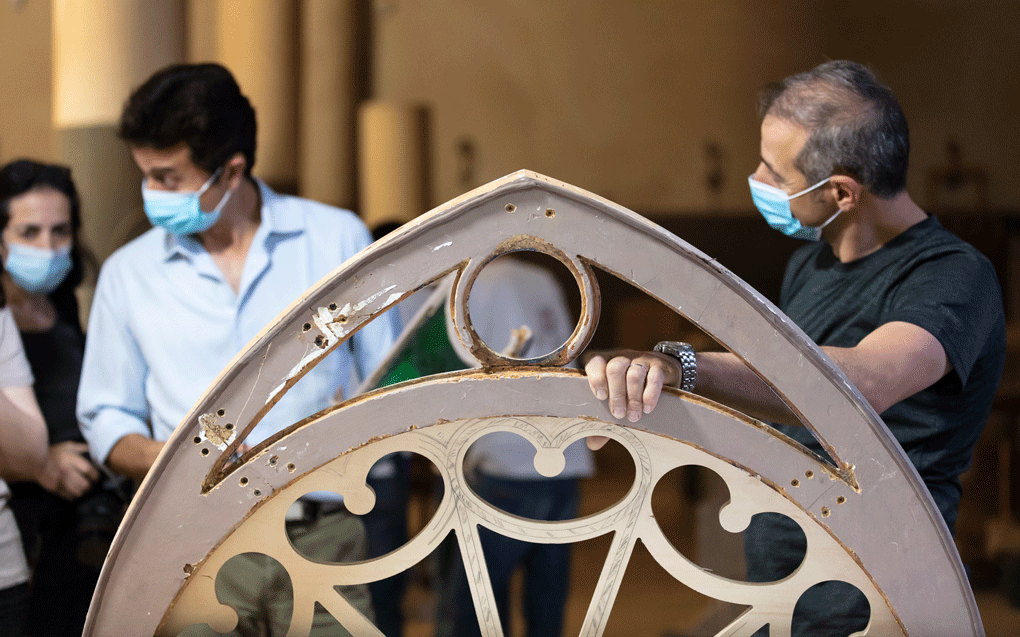 Here, we can see the original wooden structure (top) and the newly-formed timber wood motifs (bottom) which have been integrated into the original structure, in order to replace the shattered wood
Photo: Vicken Avakian 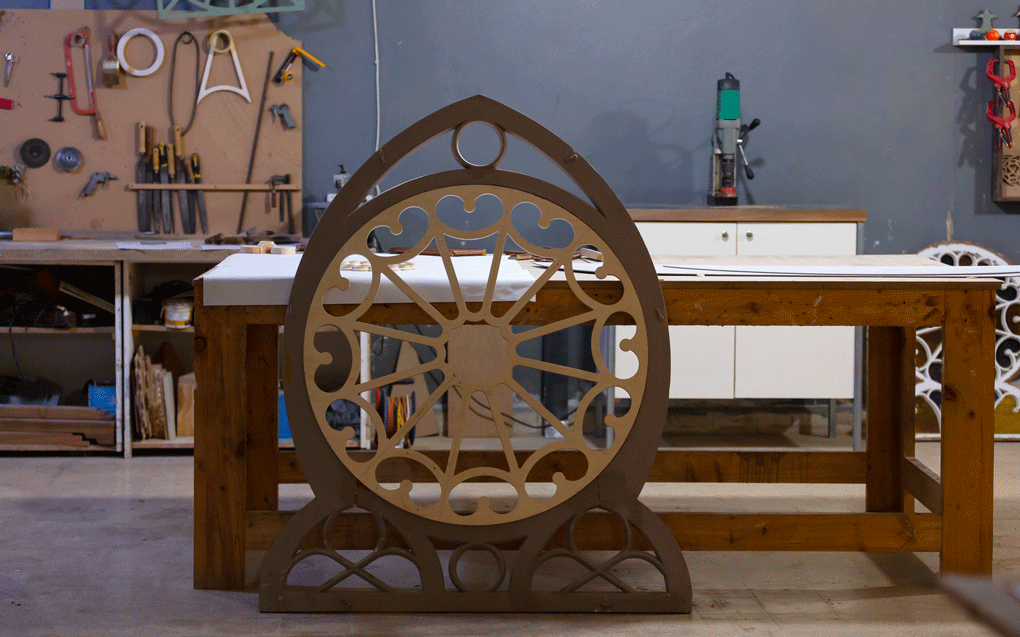 A collage of the original structure and the newly-formed timber motifs
Photo: Vicken Avakian 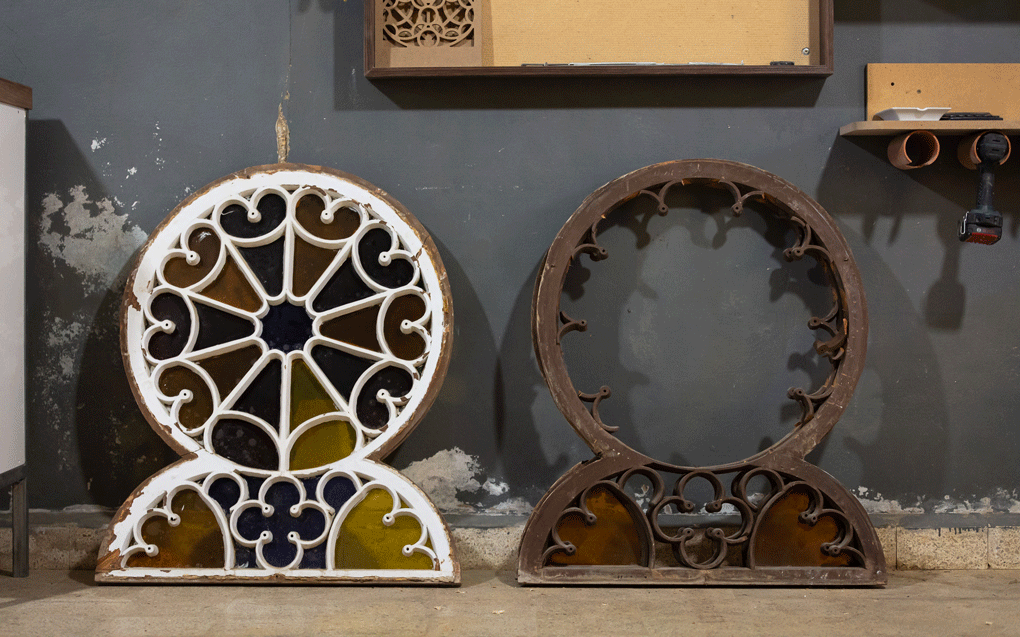 Two of the original wooden arches. The one on the right was damaged in the explosion.
Photo: Vicken Avakian 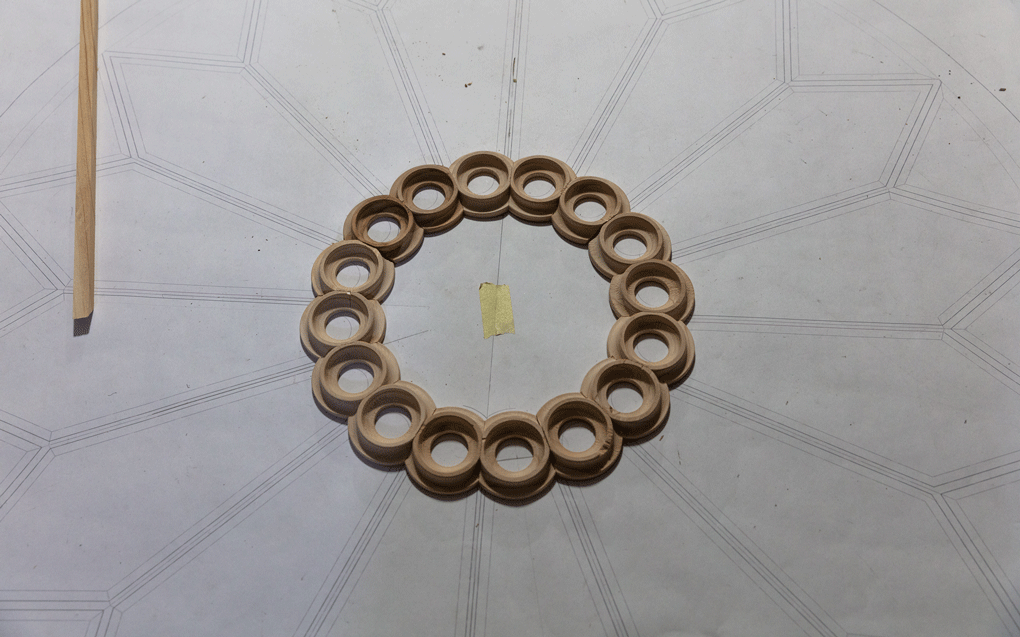 A drawing of the original wooden structures and motifs
Photo: Vicken Avakian 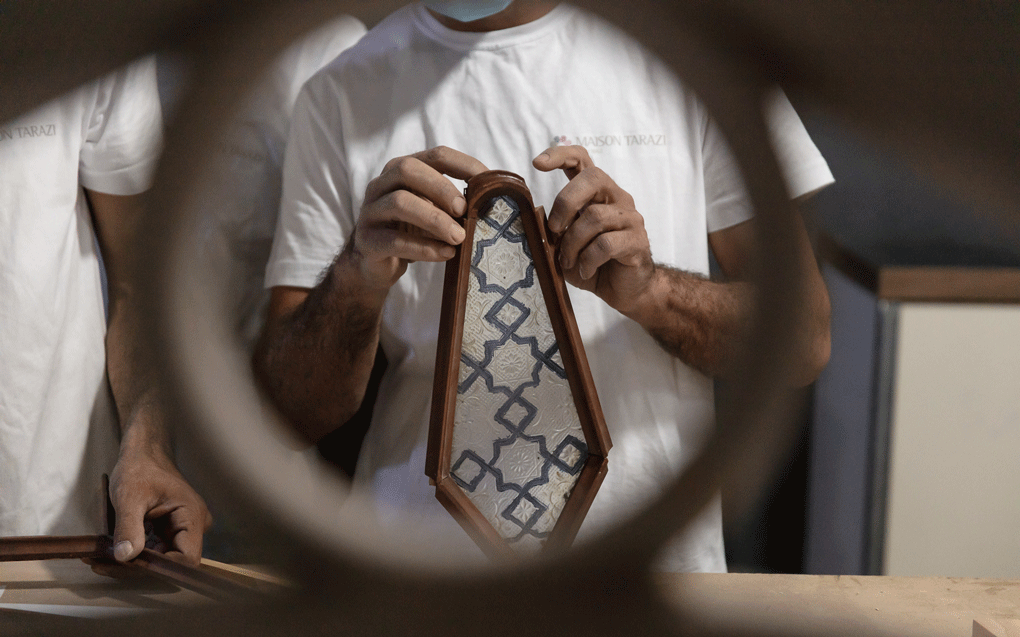 This original motif, which remained unscathed in the explosion, was used to draw and create the timber wood structures that will replace the broken original motifs
Photo: Vicken Avakian

The port explosion of August 4th dislodged and fractured the wooden doors on the first floor – including those of the Salon arabe and Nicolas Sursock’s study – shattering the elaborate motifs and patterns within them. These doors, which are over a hundred years old, were part of the Nicolas Sursock’s original mansion.

The restoration of the woodwork is being undertaken by Maison Tarazi, an atelier established in 1862, and which specializes in the fabrication and restoration of woodwork, copper, and glass, following the tradition of Syrian, Lebanese, Ottoman, and Morroccan craftsmanship.

Using the small, broken wooden pieces that were collected at the Sursock Museum after the explosion, Maison Tarazi's craftsmen were able to redraw, and eventually recreate the motifs of the wooden doors and arches, first using timber wood. At a later stage, these patterns will be reproduced using kotrani wood (a kind of cedar wood) and reinstated into the original frames, which are made from the same kind of wood. The outcome is a patchwork of the mansion’s original kotrani wood, and the newly-formed kotrani wood motifs, which will replace the shattered ones.

This process takes a long time, and is the first step towards the rehabilitation of the woodwork on the first floor.