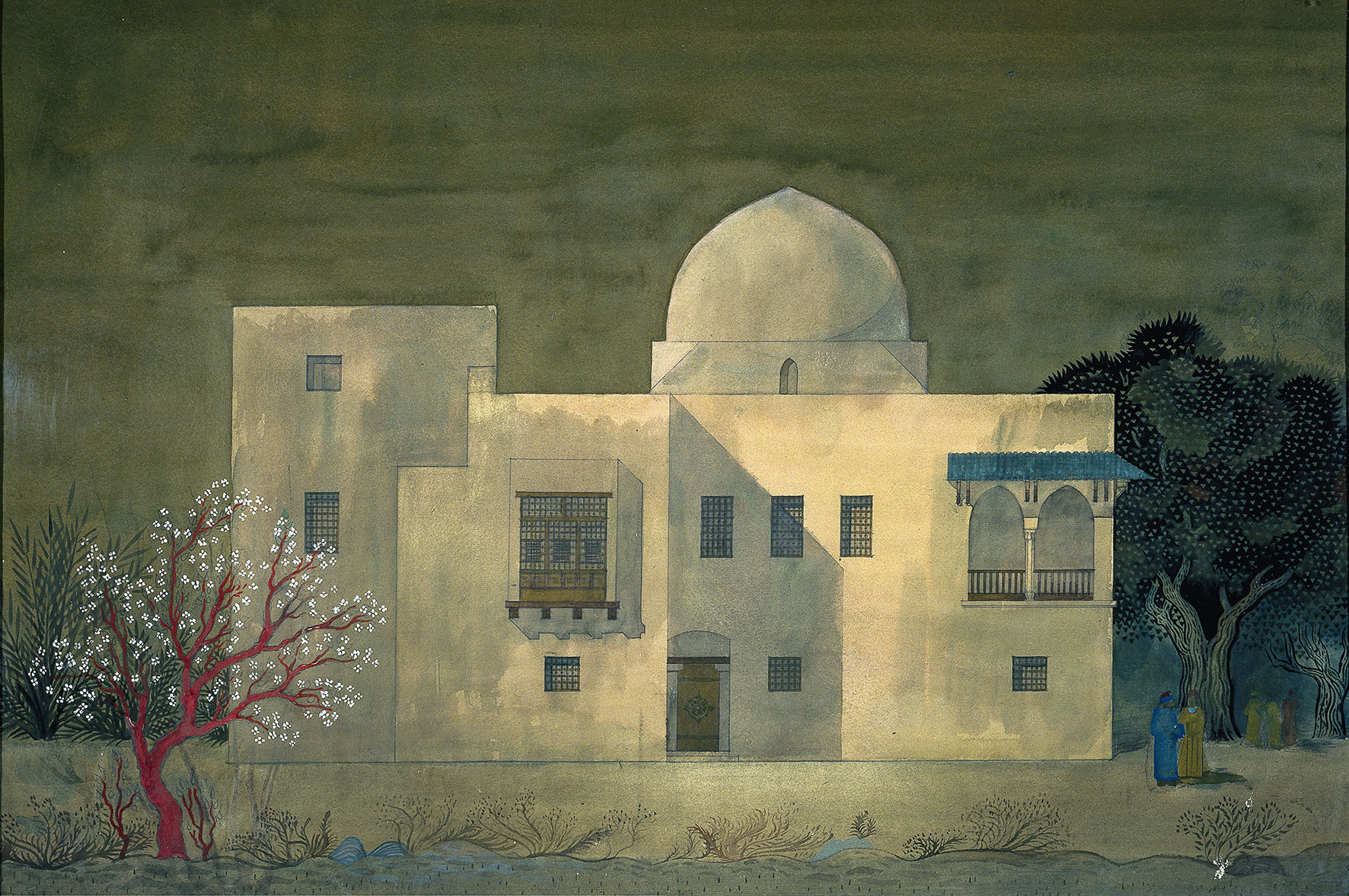 Hassan Fathy is Egypt's best-known 20th-century architect. He embraced traditional, vernacular forms, techniques, and materials, and throughout his career promoted their use as part of a campaign to improve the conditions of Egypt's rural poor. Earth & Utopia chronicles this lifelong commitment through personal interviews conducted by the authors, photographs and drawings from the Hassan Fathy archives, and Fathy's own writings on the subject, many of which are published for the first time.

The conversation on the Egyptian architect Hassan Fathy will discuss Earth & Utopia (Laurence King Publishing, London 2018); the making, and philosophy. Fathy’s work provided a school of thought, which introduced a new dimension and strategy to inform contemporary and Arab Architecture. His struggle concerned the social, economic, and cultural condition within the communities, villages, and cities of Egypt since the 1940s. Fathy was a revolutionary who rejected the professional norms and practice consolidated by capitalism’s building structures, façades, and townscapes. He was working on an architecture that was original and rooted in the culture of the region, one that relied on natural resources: mud, stone, and earth, the accompanying crafts, and building techniques. Damluji was first introduced to Fathy’s work when she came across a black and white print of a mashrabiyyah screen being developed at the AA darkroom in the early 1970s.

Salma Samar Damluji is an architect who graduated from the AA and the RCA in London. She worked with Fathy in 1975-1976 and in the 1980s. Her publications include The Architecture of Yemen (2007) and Al Diwan Al Amiri, Doha (2011). She has also curated a number of exhibitions in London, Paris, and Madrid. She was elected as a Member of the Académie d’Architecture (2017), received the Académie d’Architecture’s Restoration Award in 2015, and The Global Award for Sustainable Architecture in 2012. She is Professor of the Binladin Chair for Architecture in the Islamic World at the American University in Beirut since 2013.

Viola Bertini is an architect graduate of the Politecnico di Milano. She completed her PhD in Architectural Composition at the Iuav University of Venice, and her thesis focused on the Egyptian architect Hassan Fathy. She is currently a research fellow at Iuav, and lives in Milan.

Abdel-Wahed El-Wakil is an Egyptian architect with a prolific career in Egypt and Saudi Arabia, where he designed over fifteen mosques, and was later consultant to Prince Sultan bin Salman. He is considered a leading authority in developing the design and pushing the boundaries of traditional building and technology within the creative discipline of Islamic architecture. In 1967, El-Wakil’s whole approach to architecture was altered when he met Hassan Fathy. He became his apprentice. During the 1980s, he established his practice office in the UK and remained there until 1991. After London, El-Wakil was invited by Andrés Duany as visiting Professor at the University of Miami. He remained in Miami until 2001. The Prince of Wales appointed El-Wakil among his advisors for the Prince of Wales’s School of Architecture, and he later recommended him to design the Oxford Centre for Islamic Studies. El-Wakil received two Aga Khan Awards. In 1988, El-Wakil was accorded the title of Professor by the International Academy of Architecture and the International Union of Architects. After two decades he spent working in Beirut, advising Solidere, El-Wakil was invited to head the Department of Architecture and Urban Planning at the Qatar Foundation (2013-2017). He is currently Chief of the Design Department at the Barwa Real Estate, in Doha.