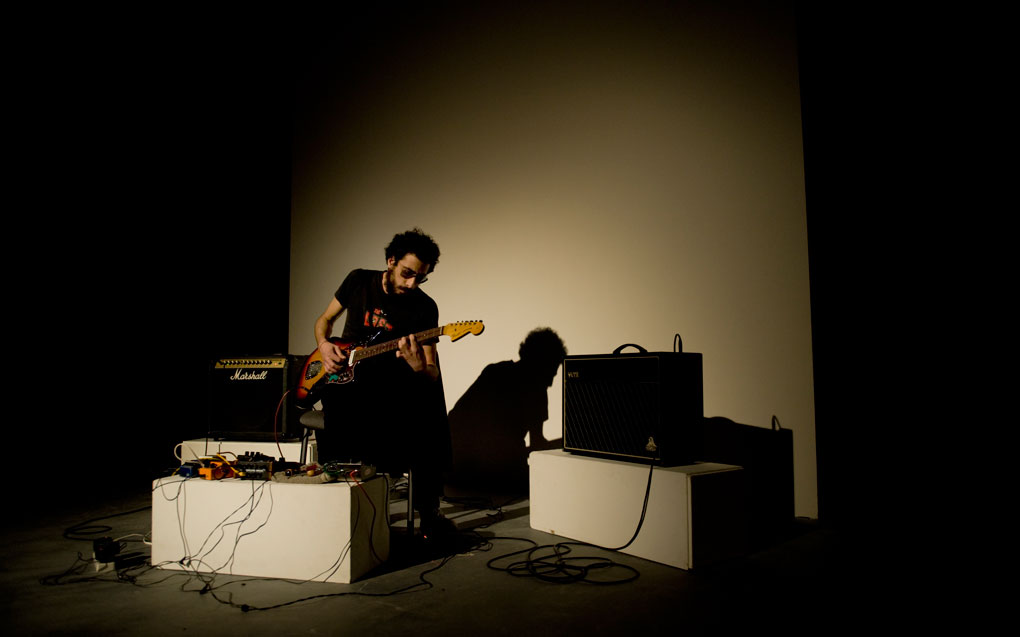 In this one-off performance, Charbel Haber plays a new musical score to Stan Brakhage’s The Horseman, the Woman, and the Moth (1968), a mythical story drawn directly onto the film’s surface, which is painted, dyed, and treated to grow crystals and mold. Some images are stamped on the film while others, such as actual moth wings, are collaged on to the celluloid, evoking colorful and dreamlike visions. The Horseman, the Woman, and the Moth is screened in Lebanon for the first time.

Charbel Haber is a Lebanese musician, performer, and composer. He is the co-founder of the post-rock group Scrambled Eggs, and founder of the experimental record label Those Kids Must Choke. As a solo artist, Haber has collaborated with various video artists, including Ziad Antar, Lamia Joreige, and Akram Zaatari. He also composed the score for Rabih Mroueh’s and Lina Saneh’s theater performance Photo Romance (2009-2015).