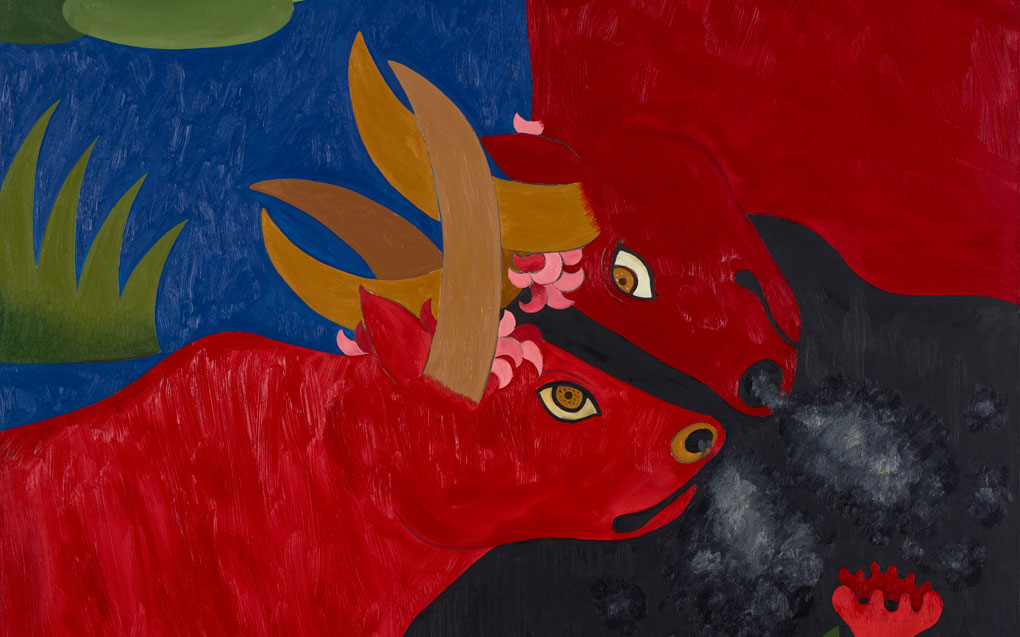 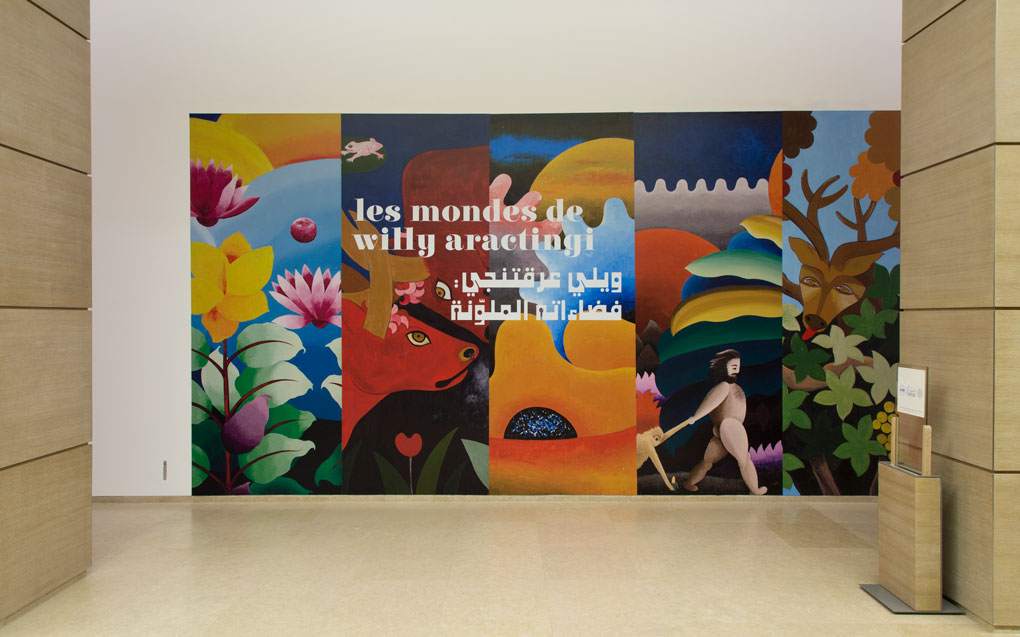 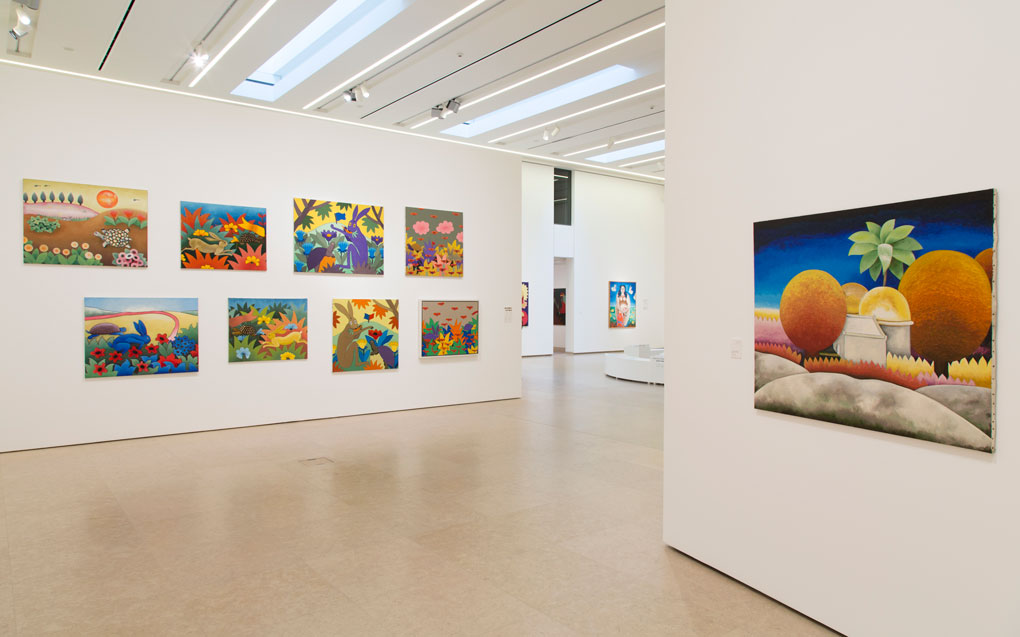 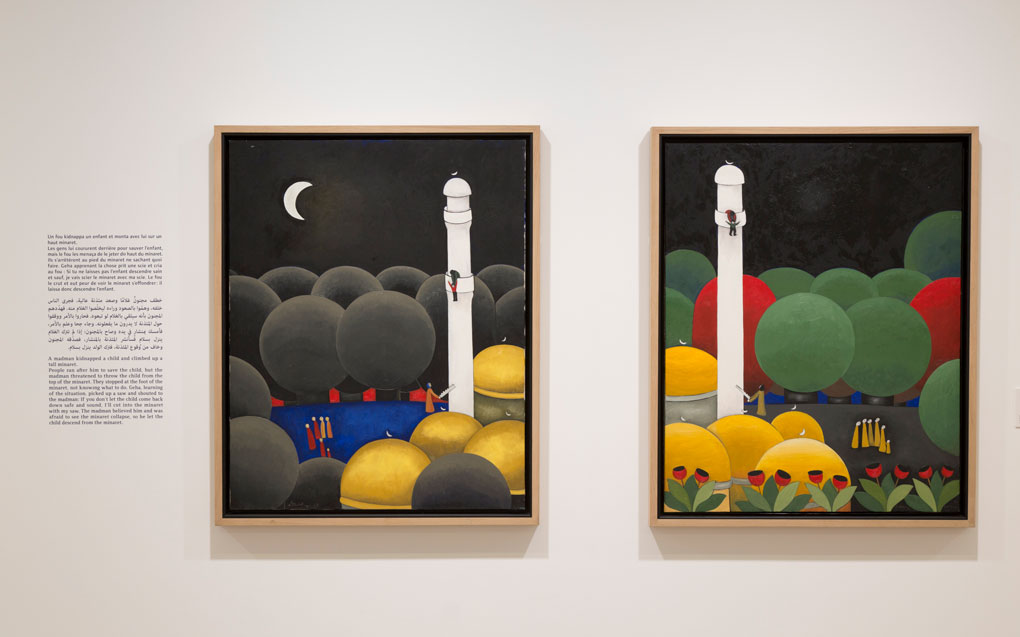 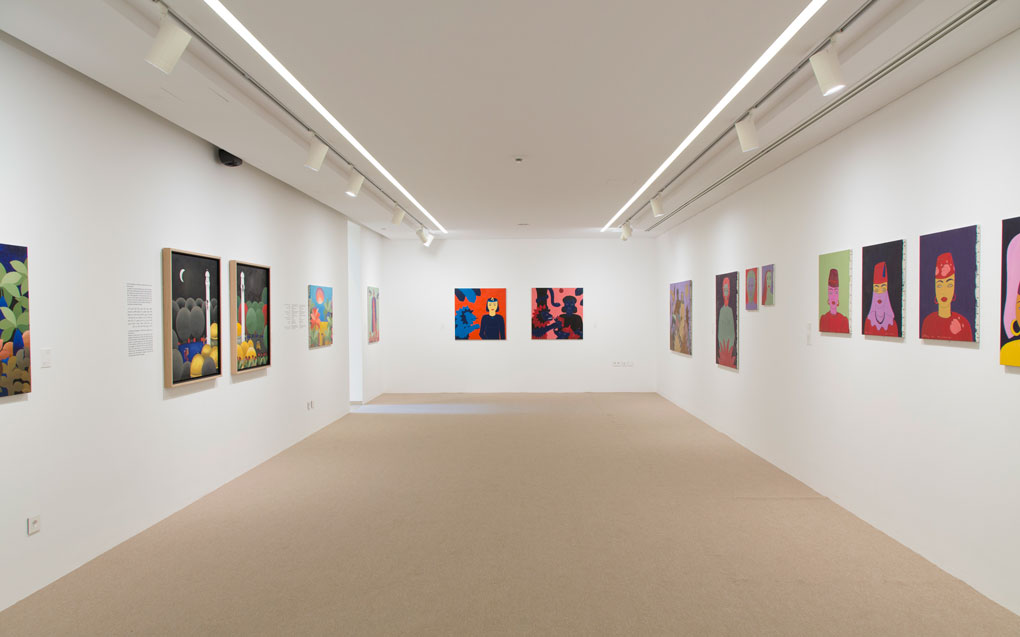 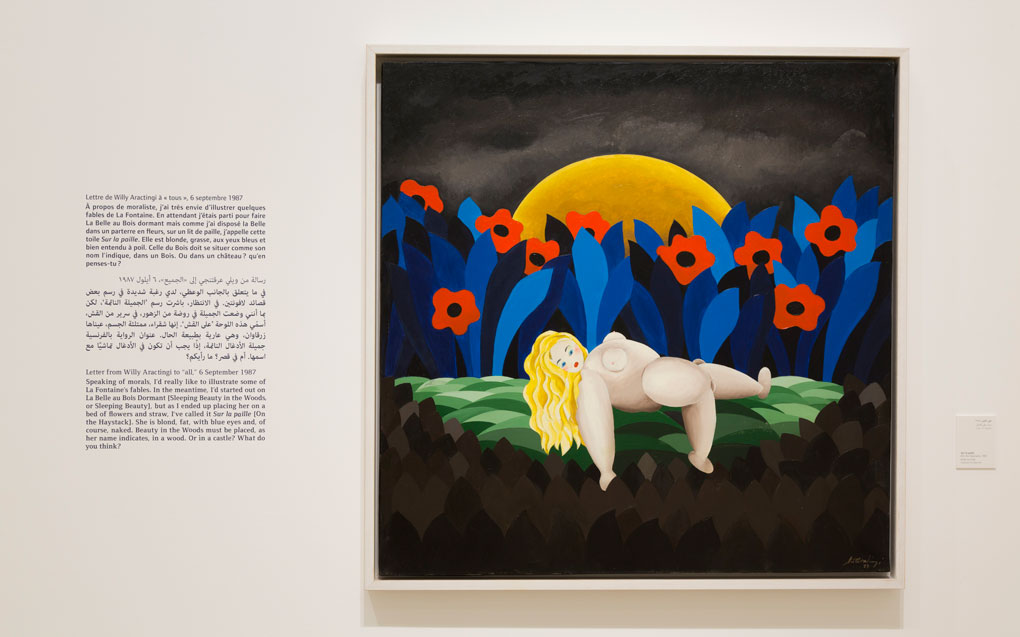 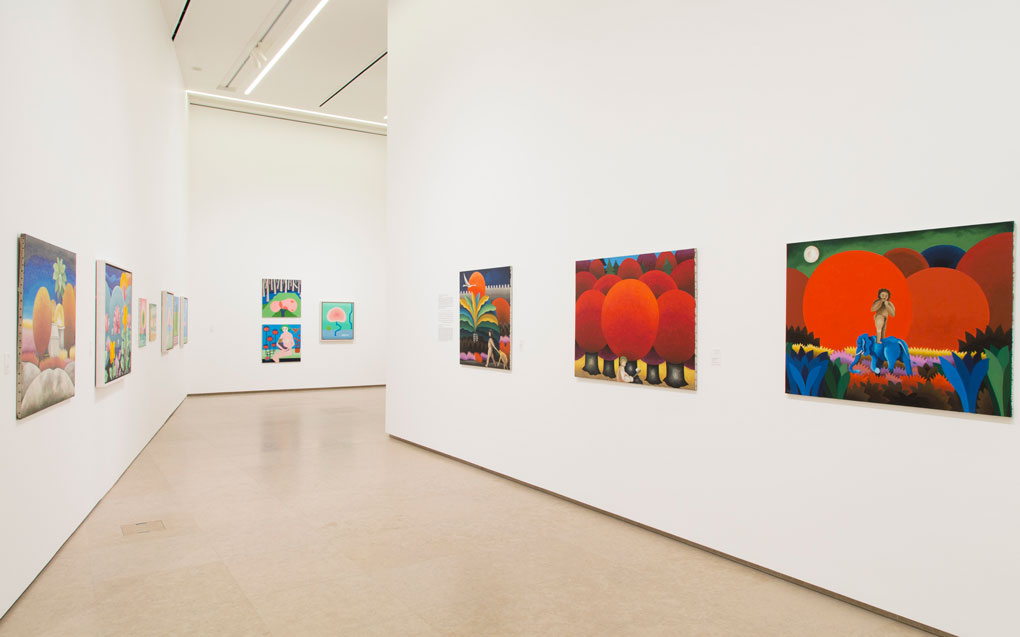 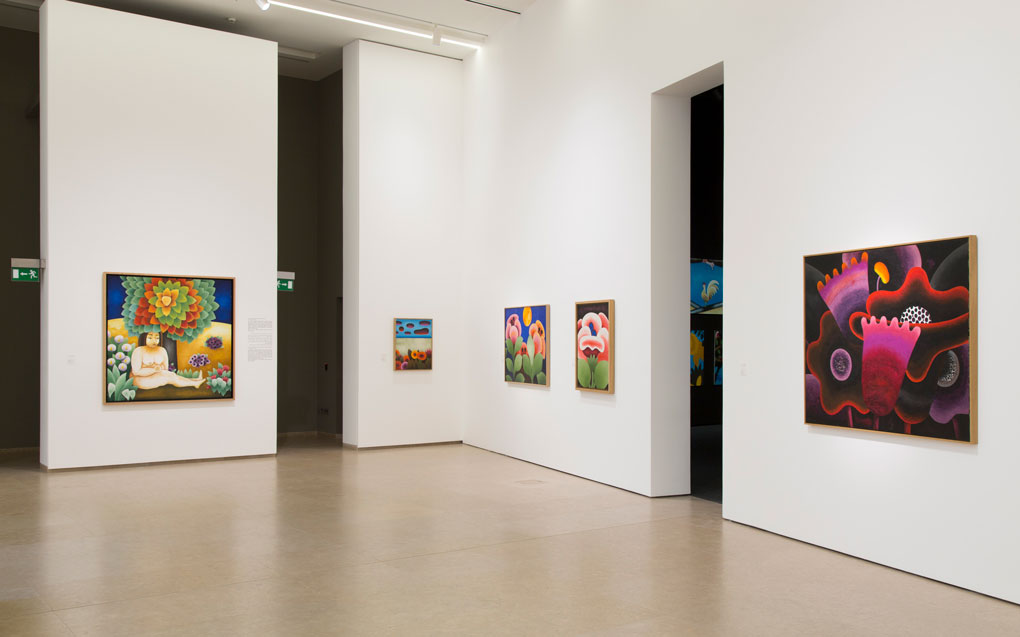 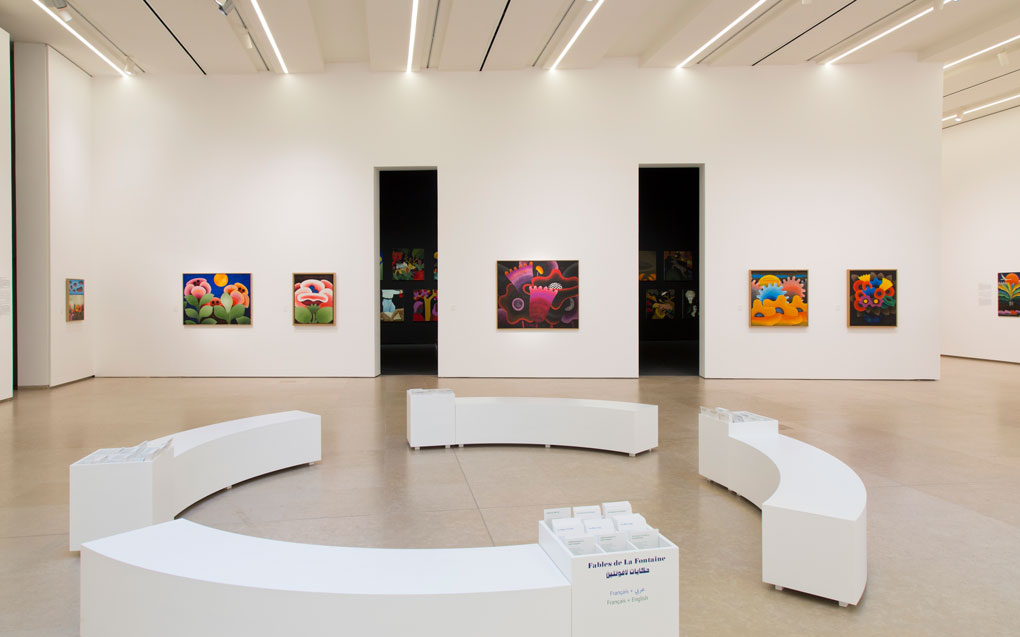 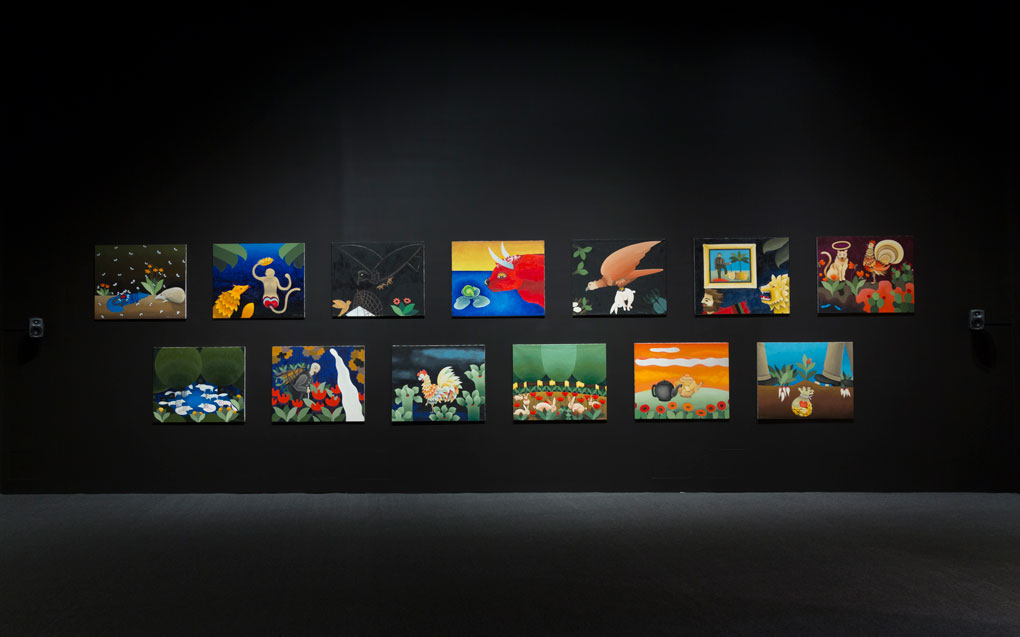 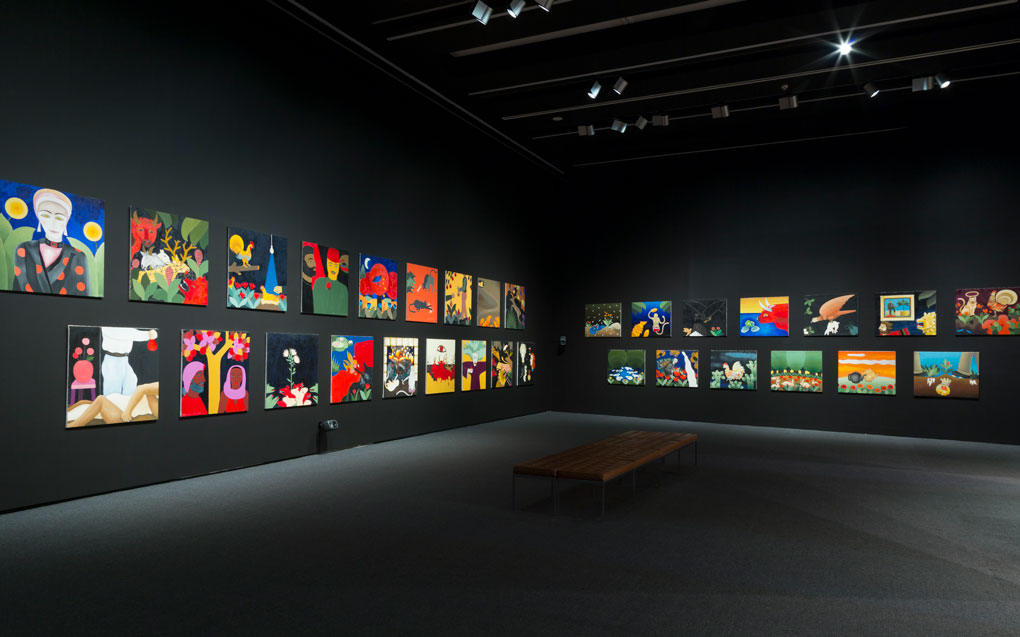 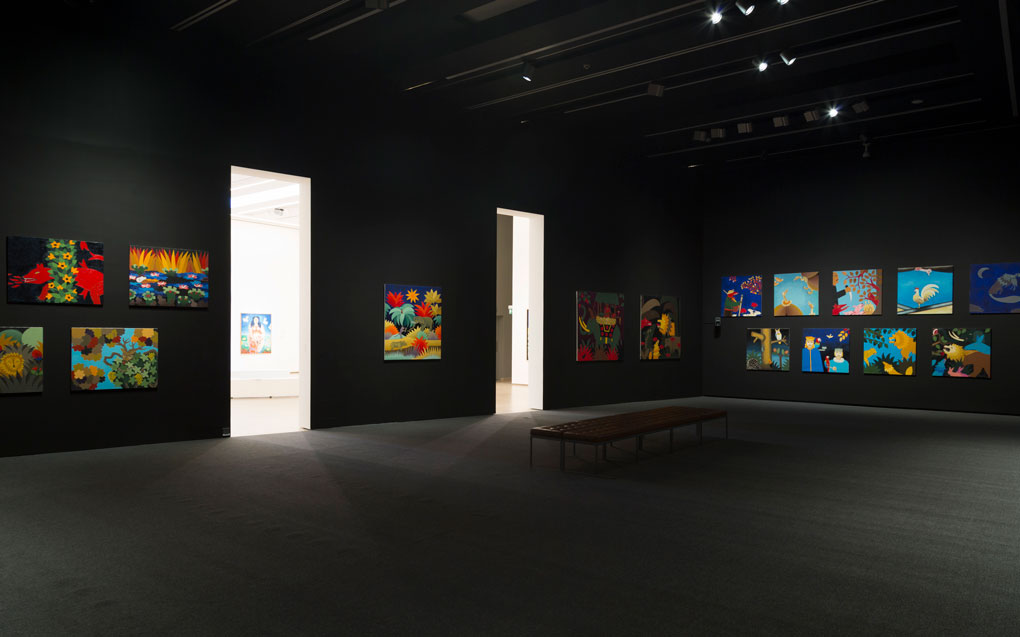 Self-taught, Aractingi has often been labeled as a naive or primitive artist; this exhibition looks to take a more nuanced approach, and features more than 120 works created between 1973 and 2003.

Best known for his gradations of color, Aractingi was also fascinated by tales, fables, and other stories told to children such as Geha, Tarzan, Abla and Antar, Adam and Eve, and by La Fontaine’s animals and characters. He depicts a world inhabited by creatures and animals including lions, foxes, crows, monkeys, and brings them to life with as many vivid colors as his palette permits.

Aractingi is in pursuit of his own aesthetic and humor, and plays with variations to obtain several versions of his propositions. Abla’s alternately purple, yellow, and green face, framed by a tarbouche or high bun, is transformed with each of these variations.

This exhibition follows a generous donation of 224 oil paintings to the Sursock Museum by the Aractingi family. Each painting illustrates one of de la Fontaine’s fables. A major achievement in Aractingi’s artistic life, he began the series in 1989 and completed it on the 300th anniversary of the writer’s death in 1995. 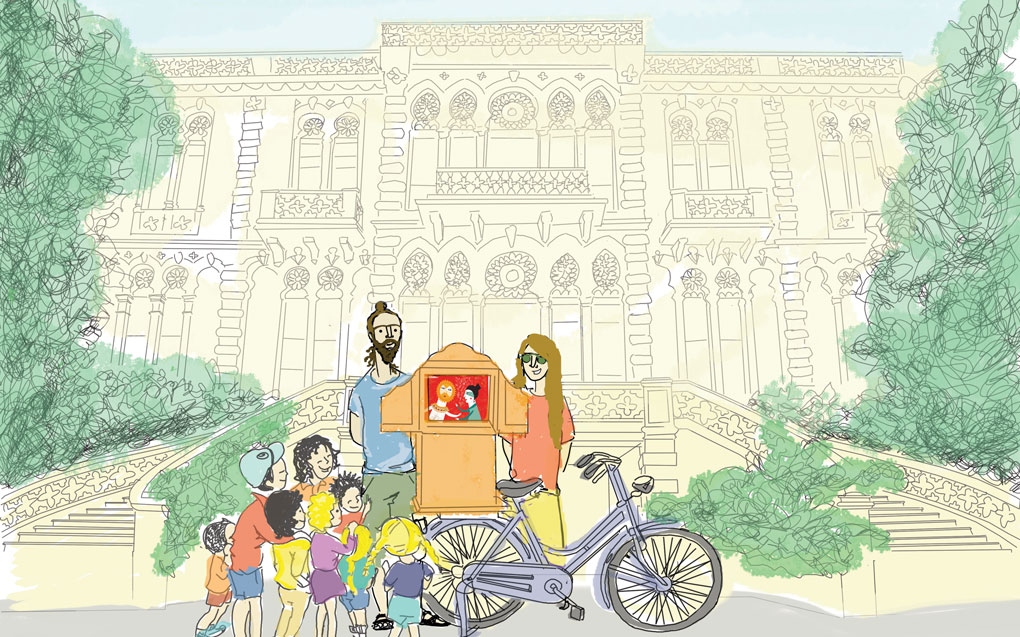 Inspired by the 12th-century Japanese storytelling technique kamashibai, children will experience a live outdoor visual performance, followed by a workshop where kids will make their own mobile paper theatre using upcycled materials.