May '68 and Solidarity with Palestine in France

May '68 and Solidarity with Palestine in France

With Claude Lazar, Serge Le Péron, and Guy Chapouillié
Moderated by Leila Shahid
With the support of the Institut Français du Liban 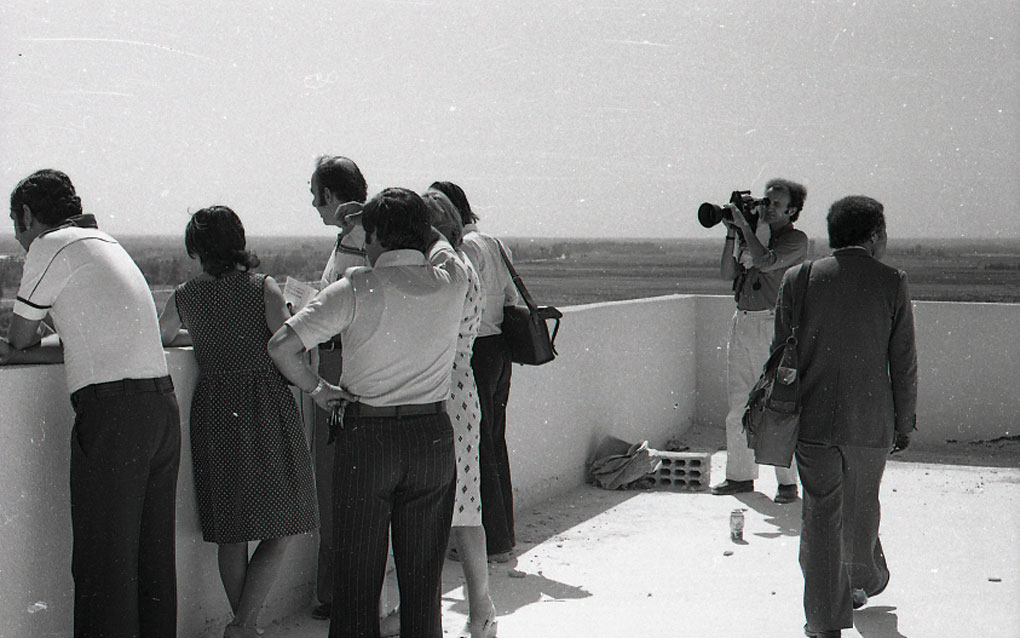 During the filming of "L’Olivier," in Lebanon's Beqaa valley, circa 1971-1974. Identified are Guy Chapouillié (filming), Serge Le Péron (figure on the right end), and Ezzedine Kalak (figure on left end with his back turned).
Photographer is Claude Lazar

In 1968, Claude Lazar, Serge Le Péron, and Guy Chapouillié were part of a collective of militant filmmakers known as the Groupe Vincennes that had strong ties to the Cahiers du Cinéma. They were involved in social justice struggles in France and in a spectrum of international solidarity causes where the question of Palestine featured prominently.

This panel discussion will revisit this moment of international solidarity, and its significance for politically radicalized artists, students, and militants during May '68 and the decade that ensued.

The panel will be preceded by screening a segment of L’Olivier, qui sont les palestiniens? (1976).

Serge Le Péron is a French filmmaker who lives and works in Paris, France and teaches at the Sorbonne University, Paris 8. He was one of the founding members of the Collectif Cinema Vincennes, and in 1976, upon instigation from Ezzedine Kalak, he co-directed with Ali Akika, Guy Chapoullie, Danièle Dubroux, Jean Narboni, and Dominique Villain the documentary, L’Olivier, qui sont les palestiniens?.

Guy Chappouillé is a French filmmaker who lives and works in Toulouse, France. He also teaches film.

Claude Lazar is a French painter. He studied at the Académie de la Grande Chaumière and at the Ecoles des métiers d’art. After May ’68 he joined the Front des Artists Plasticiens, a radical militant artist collective, and then the Jeune Peinture, of which he was secretary general from 1975 to 1977. After the assassination of his close friend, Ezzedine Kalak, who was the PLO representative in France, in August of 1978, he decided to focus on painting.

Leila Shahid is a Palestinian diplomat. She was ambassador to France from 1993 to 2006, and General Delegate of Palestine to the EU, Belgium, and Luxembourg from 2006 until 2015.