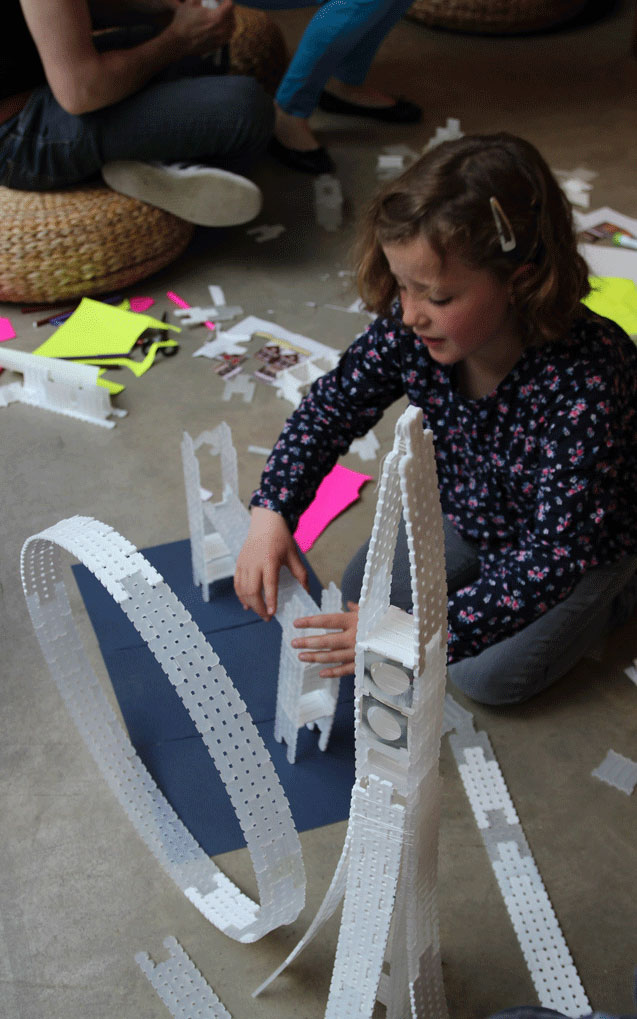 Come build your dream city with urbacraft! It’s a new educational toy for all ages, born in Beirut and designed specifically to create and learn about cities. It’s a building set with the hackability of digital games and the physicality of traditional toys.

During the workshop you will become an urban designer for the day, starting by making your own room, then your house, growing to the scale of the street, and the city.

Ayssar Arida is an urbatect, writer, and design entrepreneur. He runs URBATECTURE urban design thinking from Beirut and London, consulting on culture, education, urbanism and design. His research focuses on the dialogue between popular culture, scientific paradigms, and city making, first introduced in his book Quantum City.

Sabine de Maussion is a Ph.D. candidate in Visual Cultures at Goldsmiths College in London and a lecturer in the M.A. program in Curating and Art Criticism at USJ Beirut. She was previously director of the Arts Department at the French Ministry of Foreign Affairs, International Relations Officer at Le CENTQUATRE/Paris, and Education and Learning Programmes Officer at the Centre Pompidou/Paris.

Monica Basbous is an architect and urban researcher. Using various media, she explores the relationship between people and cities. Her focuses include mobility, informality, and the politics of public space.