Paola Yacoub
In partnership with ARP-ALBA

In French, with simultaneous translation to English
Free admission 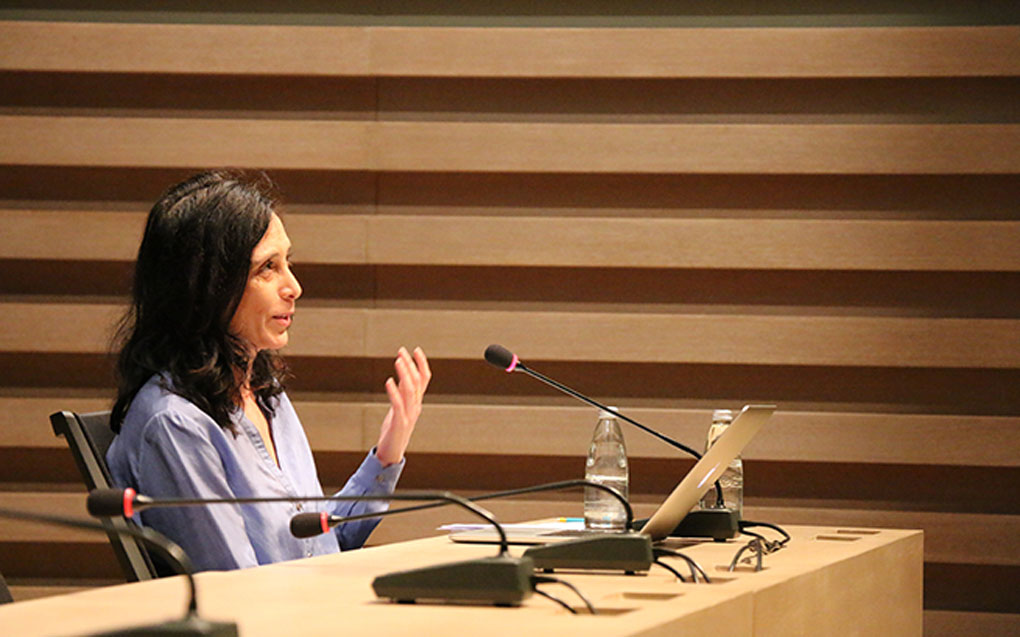 In this lecture, artist Paola Yacoub reflects on two years of investigation into post-conceptual artistic practices through the Artistic Research Practices (ARP) platform jointly developed with ALBA. As the ARP platform evolved over time, its scope and ambitions moved towards a redefinition of the concept of action in art. Her talk touches upon the opening of research into these practices to other domains such as law and economics.

Born in Beirut, Paola Yacoub lives and works between Berlin and Beirut. In 2000, she began to collaborate with Michel Lasserre, exploring the variations in aspects of the Lebanese territories in wartime through the creation of photographic and performative works. Yacoub's recent solo exhibitions include: Beirut Art Center (2011), Haus der Kulturen der Welt, Berlin (2012). Recent group shows include: The Shadow’s Coulours in “Allegory of the Cave Painting” at Braem Pavilion, Middleheim Museum, Antwerp (2014/2015). Recent lectures include What do I do? at The Photographers' Gallery in London in 2010; Do we agree? at Le Bal in Paris in 2011; and O Syria! at the Marian Goodman Gallery in Paris in 2014.

About ARP-ALBA:
ARP is a program of critical study and of cross-disciplinary practice at ALBA. It develops research through a series of roundtables open to students of Visual Art, Architecture, Decorative Arts, Cinema, and Urbanism. ARP also organises public meetings in Beirut open to all, inviting actors from the local and international art scene, such as artists, curators, historians and philosophers, to share their field of practice.