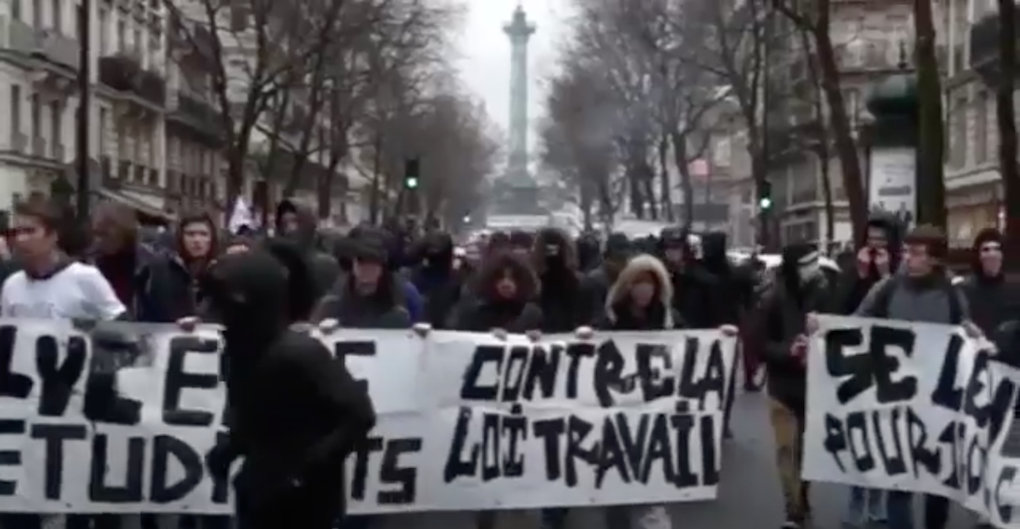 The last session of the cycle "In Student Eyes: Insurgence!" will feature several shorts ranging from student films, to cine-tracts, and media videos that were shared and produced through various platforms and for different purposes. The plurality of filmic forms found within these movements is an invitation to consider how image-makers participate in the transmission of the tools and knowledge produced within struggles.

The program will include:

- Ciné-tracts made by militant students from Paris 8 during the struggle against the labor reform in 2016.
- Student films made during the 2019 Uprisings in Lebanon: Athar Thaoura (Bits of Memory) by Yara Salem, and Lost in Translation by Josephine Van Glabeke Heureux.
- Short video by media platform Propaganda

The screening will be followed by a panel discussion with Mada member, Jean Kassir, film teachers Ghassan Salhab and Yara Nashawati, and student filmmaker Yara Salem. The conversation will be preceded by a short explanatory video by Paris 8 students.