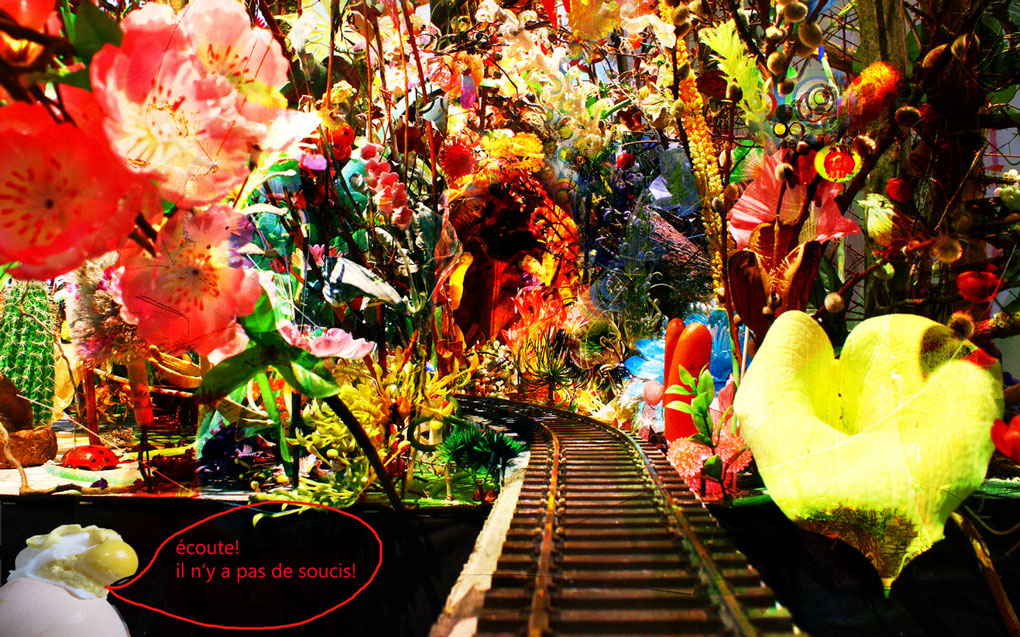 Join us for a talk by Swiss artist duo Gerda Steiner & Jörg Lenzlinger, who have been developing immersive art installations for more than twenty years. The duo creates site-specific work that takes the viewer on a journey through their universe: Falling Garden (2003) at the 50th Venice Biennale, Brainforest (2004) in Japan, Picnic (2015) in Russia, Moon garden (2007-2008) in an old silver mine in France, and Dance of Death (2016) in Basel.

The artists’ installations, which are as unsettling as they are enchanting, forge links between antagonistic worlds, proposing observations of the strange laboratory of life and its biodiversity; pondering notions of fertility and growth.

Based on the works presented at Sfeir-Semler Gallery in Beirut, the talk will tackle the mystery of fertility, seeds, vegetation, death, and garbage.

This talk is programmed in parallel to the exhibition Les extrémités de notre univers at Sfeir-Semler Gallery, on view from 17 January to 6 April 2019.

Gerda Steiner & Jörg Lenzlinger live and work in Langenbruck, in the canton of Basel-Landschaft. They participated in Expo02 with a gigantic Heimatmaschine generating plants and artificial crystals. During the 2003 Venice Biennale, where they represented Switzerland, they created a hanging installation, crystalline and light, floating in the space inside San Stae church. Their installations have also been shown at Museum Kunstpalast in Düsseldorf, at the 21st Century Museum of Contemporary Art in Kanazawa, in the ancient Stiftsbibliothek in St. Gallen, at the Biennial of Contemporary Art in Seville, at the Moscow Biennale, and more recently, at the Kunsthaus Bregenz. In 2012, they received the Basel Kulturpreis.