Anything But Being (Buried) Underground: The Normandy We Want
With The Society of False Witnesses 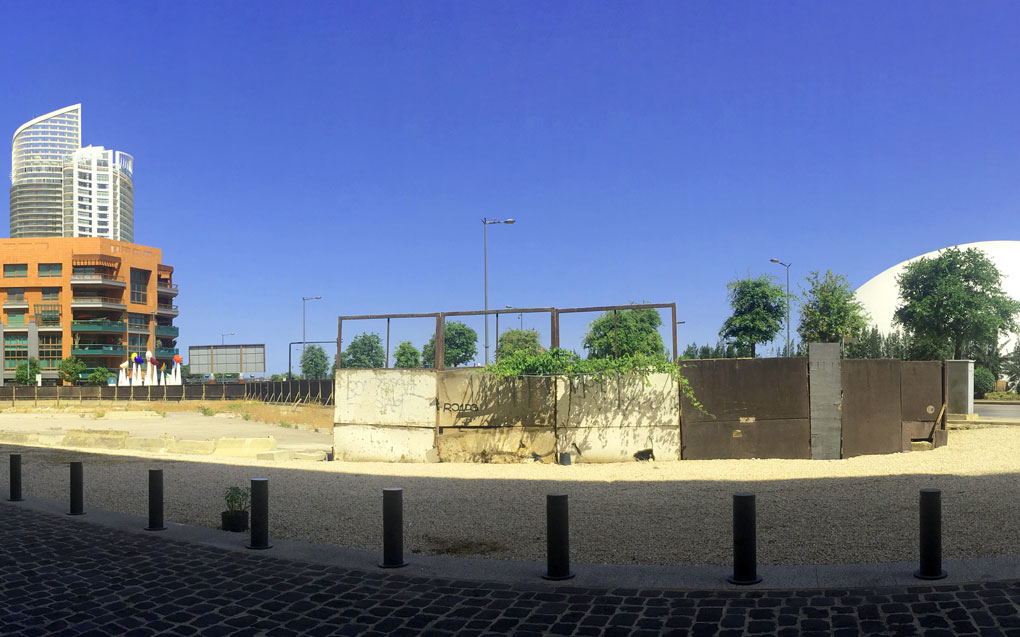 The Society of False Witnesses invites witnesses from the fields of life, construction, geotechnical engineering, hydrology, linguistics, and spatial theory to present a tour of the Normandy landfill.

In 1925 the sea was paved creating L’Avenue des Français, the French mandate’s prominent touristic promenade enclosing the site that became the main hotel district of Beirut. During the “Battle of the Hotels” at the beginning of the Lebanese Civil War in 1975, many of the now depleted hotels were occupied and turned into battlefields. One of these was the Normandy Hotel, whose rubble, according to several testimonies, was kept in place for an extended period of time, eventually harboring debris from other sites and growing into the Normandy landfill, the main garbage dumping site of Beirut during the civil war. The more the landfill extended, the more debris of the struck dilapidated buildings were thrown into the sea and thus continuing the occupation of the sea and turning into a receptacle of fallen architecture as well as municipal and military refuse.

According to a study by geotechnical engineers Saleh Sadek and Mutasem El Fadel in 1998, the original site of the Normandy landfill consisted of a small bay cutting 200 m into the mainland. By 1994 the volume of the landfill reached about 5 million m3, with half the volume below sea level, reaching a depth of 20 m  expanding about 600 m beyond the original shoreline.

During that year, the Council of Development and Reconstruction (CDR) struck an agreement with Solidere to implement the treatment work on behalf of the state in return for an allocation of 291,800 m2 of development land in the New Waterfront District.
Since 2007, waste from the landfill are said to be found scattered around the country.

The first part of the title is borrowed from the performance "Appendix" by Lina Saneh and the second part from SEDRA Group's (La societé scientifique de l'énergie et l'environment pour le développement et la recherche académique) trilogy of essays "The City Center We Want" where they present a proposal to turn the Normandy landfill into a public park containing a monument for the Missing and an aquatic and aerial reserve for migrant animals.

The Society of False Witnesses is an indisciplinary platform that looks into the relationship between the production of space and the production of knowledge. Through occupying disciplines in collaborations, writing, performance, cryptography, and learning, The Society of False Witnesses probes and plays with the spatial politics of exile, the underground, the internet ,and the battlefield, and their epistemological repercussions on the performance and lexica of ignorance and knowledge. Their work include the performance The First Repository (Beirut Art Center – Beirut 2015), the dance performance Instead of a Turret on Top (ICA – Boston, 2015), the exhibition Content and Danger (Edgerton Center – Boston, 2015), the radioplay I Hate the Past but It Seduces Me (The Lebanese Broadcasting Station – Beirut, 2016), and the sound essay D B B D (Forum Expanded, ADK – Berlin, 2016).