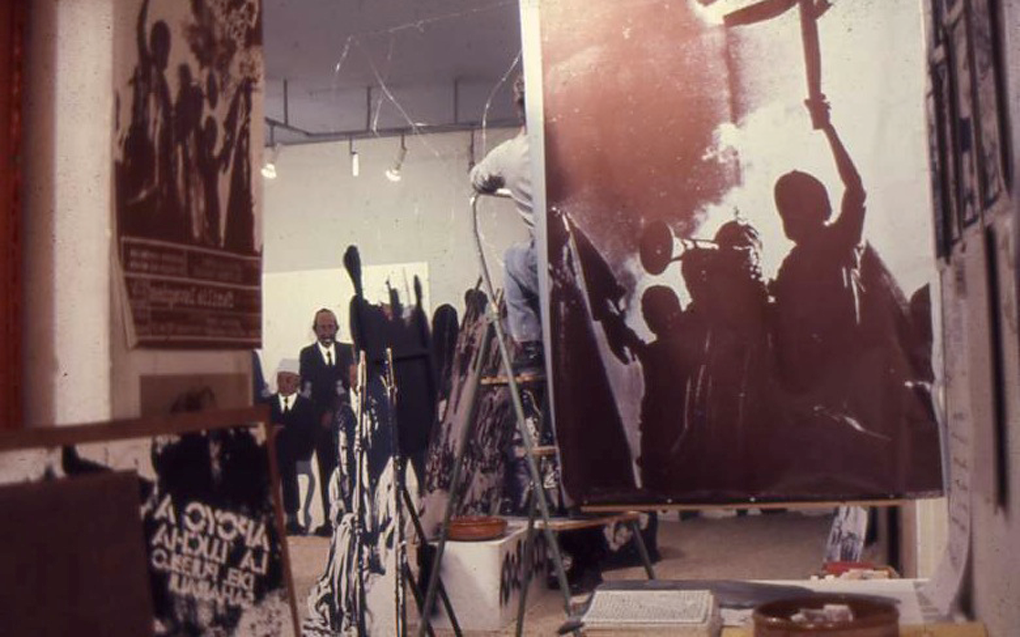 With the First Tricontinental Conference in Havana (1966), the configuration of a transnational movement of resistance to – and support of – the liberation struggles in the Global South (Latin America, Africa, and Asia) took place. This movement provided a structure that went beyond political and military tactics. By now, the bipolar opposition of the Cold War was increasingly being spurned in the West by left-wing intellectuals and artists (who sought to disalign themselves in relation to the US/USSR axis). This is why the Tricontinental solidarity movement and its defense of guerilla warfare extended beyond the peasant and urban field of battle to become a useful tactic in the sphere of art in Europe, United States, and Latin America.

Paula Barreiro López is the head researcher of the international platform MoDe(s) (Decentralised Modernities) and a lecturer at the Art History Department of the University of Barcelona (Ramón y Cajal program). In September 2018, she will be joining the University of Grenoble as professor of contemporary art. Her research focuses on art criticism, cultural networks, and politics in Spain, Western Europe, and Latin America during the Cold War as well as the diverse and divergent developments of modernity reflected in art historic accounts within an increasingly globalized world. Her publications Avant-garde Art and Criticism in Francoist Spain  (2017); Modernidad y vanguardia: rutas de intercambio entre España y Latinoamérica (2015) (edited with Fabiola Martínez); and Crítica(s) de arte: discrepancias e hibridaciones de la Guerra Fría a la globalización (2014) (edited with Julián Díaz) and La abstracción geométrica en España, 2009. She forms part of the research group Art, Globalization and Interculturality at the University of Barcelona and the cultural and scientific committee of the Archives de la Critique d’Art in Rennes as well as member of the editorial board of the journal Critique d'Art.