What are days for?

What are days for? 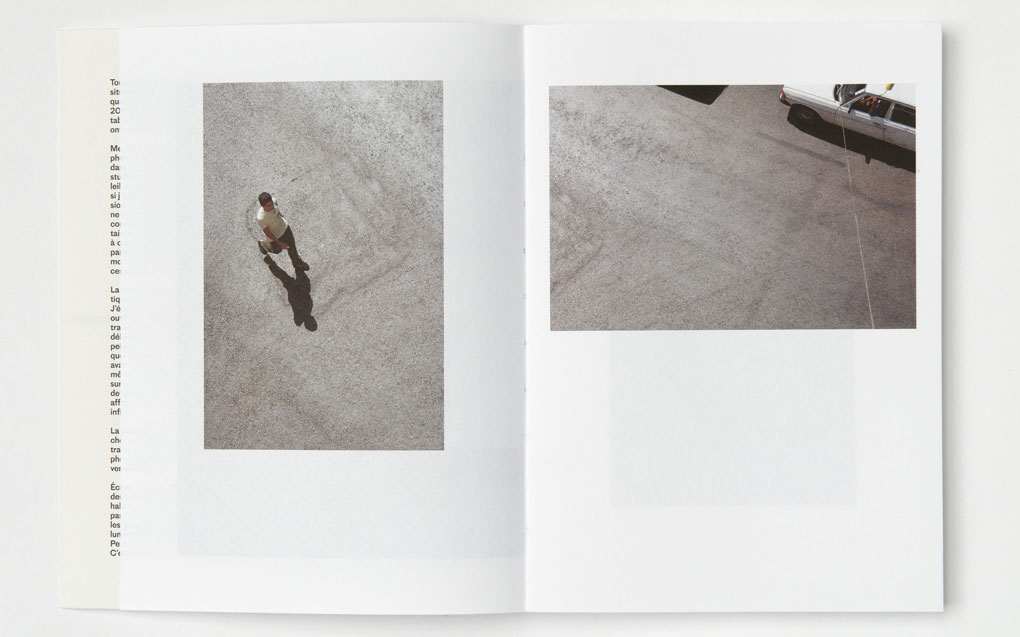 To mark the launch of Nadim Asfar’s latest books, Hyper Images (2018) and Habiter Le Jour (2018), the artist will be in conversation with Hisham Awad.

In parallel to the book launch and talk, there will be a display of photographs by the artist in the Library from 19 to 24 September.

In Hyper Images (2001-2004), Asfar employs a camera-less photographic technique – the photogram – that is as old as photography itself, to produce a series of floral “photogenic drawings” that are as much records of action as they are still lives disconnected from recognizable spatial and temporal markers. The registration of action, both of photographed subject and the act of photographic capture itself, animates the artist’s projects.

In Habiter Le Jour (2004-2008), images register the bodies of anonymous passersby, as observed and captured from the balcony of the artist’s home-laboratory-studio. As faceless figures cast shadows under the hard city light, heading in undisclosed directions, their narratives are only announced, never told.

Both publications will be available for purchase at the Sursock Museum Store.

Following the talk, transportation to Tripoli for the opening reception of the exhibition Cycles of Collapsing Progress, curated by Karina El Helou, will be available from the Sursock Museum. Buses depart from the Sursock Museum at 14:00. Transportation is free of charge, but reservations are required. For more information and to book a seat, please email studiocurart.logistics@gmail.com or call +961 70 908 182.

Nadim Asfar (b. 1976) is a photographer and video artist. His work has been shown at many international institutions and fairs, including Paris Photo, the New Museum in New York, the Kunst-Werk Institute in Berlin, and the International Documentary Festival in Marseille. He was appointed the Chevalier des Arts et des Lettres distinction by French Ministry of Culture in 2014. His work is part of international public and private collections.

Hisham Awad (b. 1988) is a Ph.D. candidate in Film and Visual Studies in the department of Visual and Environmental Studies (VES) at Harvard University. His dissertation examines the roles played by “real-time” cinematographic, architectural, and computational technologies in the representation, communication, and management of risk in the domains of design, finance, and national security. He has served as Contributing Editor of Portal 9: Stories and Critical Writing about the City, and has delivered talks and presentations at several academic and art institutions such as Ashkal Alwan, Beirut Art Center, the University of Chicago, and the Society for the Social Studies of Science. In the summer of 2018, he was a doctoral fellow at the Canadian Center for Architecture, in Montreal. His writings have been published by ArteEast Quarterly, 98weeks, and the Sharjah Art Foundation. In 2018-2019, Awad will be Instructor in the Fine Arts and Art History department at the American University of Beirut, and in the School of Cinema and Audio-Visual Directing at the Académie libanaise des Beaux-Arts (ALBA)-University of Balamand.