With Rima Rantisi and Nur Turkmani

In English
LBP 40,000 per person for all four sessions
Spaces limited, booking required. To book a spot, click here. 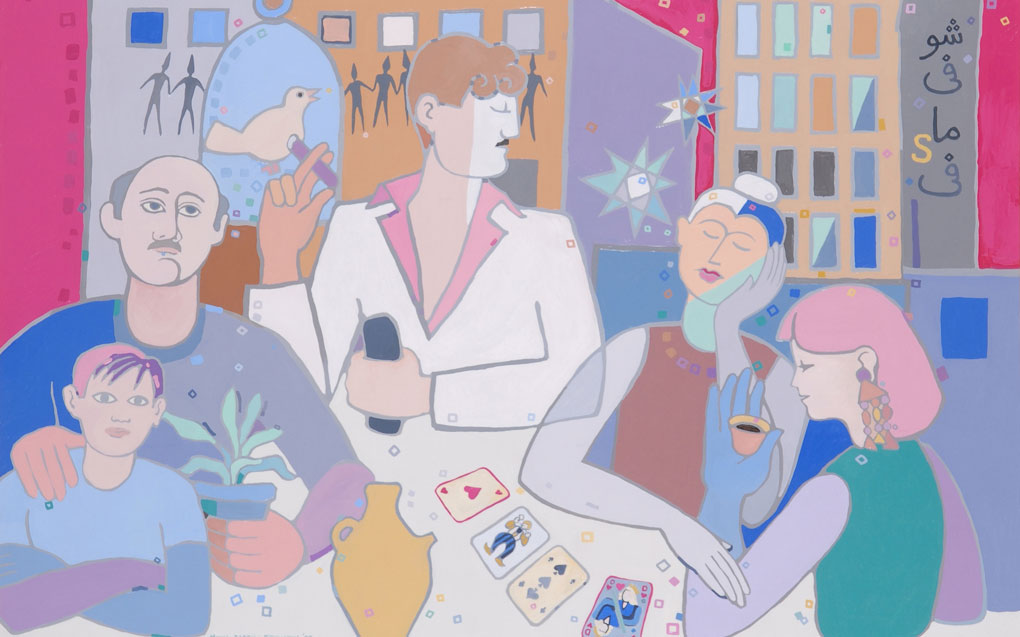 Writers and poets have long inspired the visual arts, with many collaborations taking place between writers and artists. Notable examples are the poet Adonis’ influence on artists Dia Azzawi and Mona Saudi, or the works of Palestinian poet and writer Mahmoud Darwish, which have inspired countless visual artists and filmmakers.

This four-part workshop led by writers Rima Rantisi and Nur Turkmani explores the productive relationship between writing and art. During the workshop, you will look closely at works in the Sursock Museum’s collection, using them as material from which to create both narrative and non-narrative pieces of writing. You will also explore more experimental texts written by poets in response to works of art. By the end of the workshop, you would have created your own pieces of original writing from art.

Rima Rantisi is a faculty member at the American University of Beirut, where she teaches academic and creative writing as well as literature courses. She is the editor and co-founder of Rusted Radishes: Beirut Literary and Art Journal, which publishes artists and writers who have a connection to Lebanon. She is also a student again, an MFA in Writing candidate at the Vermont College of Fine Arts.

Nur Turkmani is the Managing Editor of Rusted Radishes, Beirut's only English language literary and art journal. She has a minor in English Literature from the American University of Beirut, and has worked for several online websites, blogs and newspapers. When she's not writing poetry or prose, she studies politics. One of her main academic and personal interests is in the subtle relation between art, literature, and politics.