Co-commissioned by the Sursock Museum and Gasworks
Twin Galleries, GF 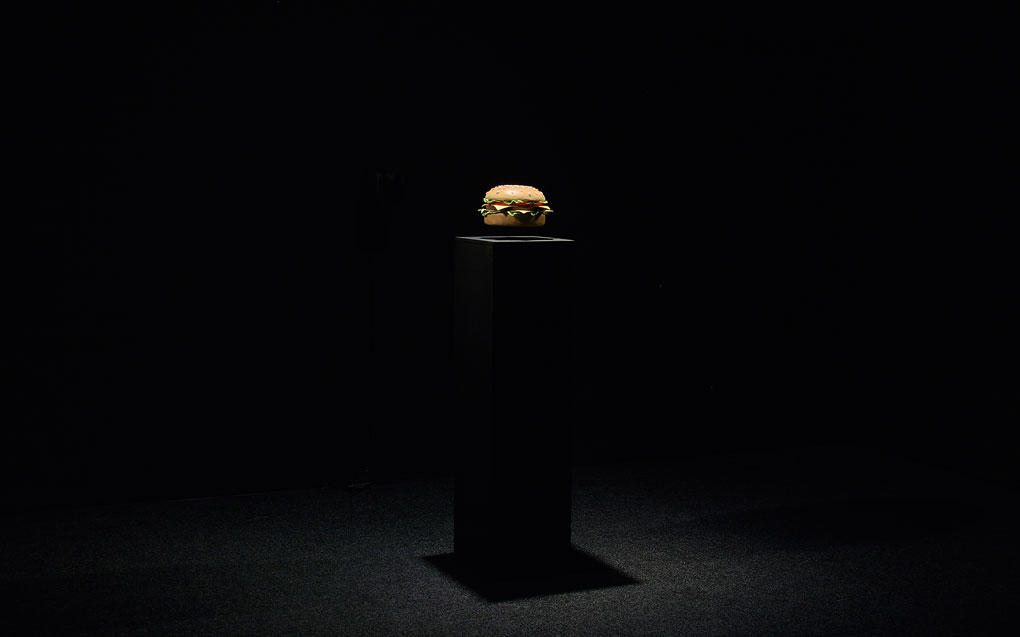 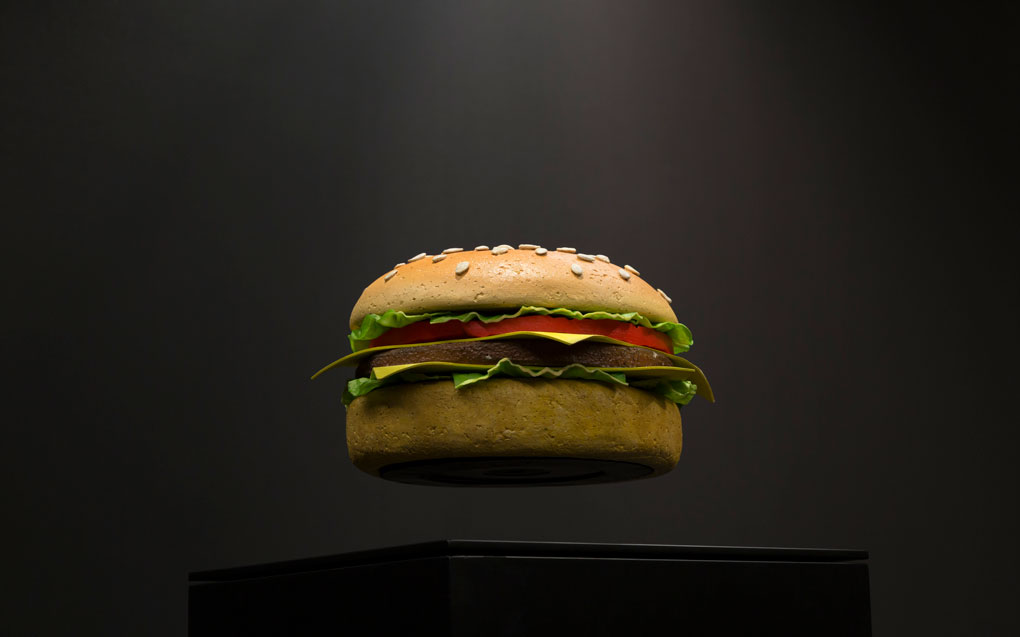 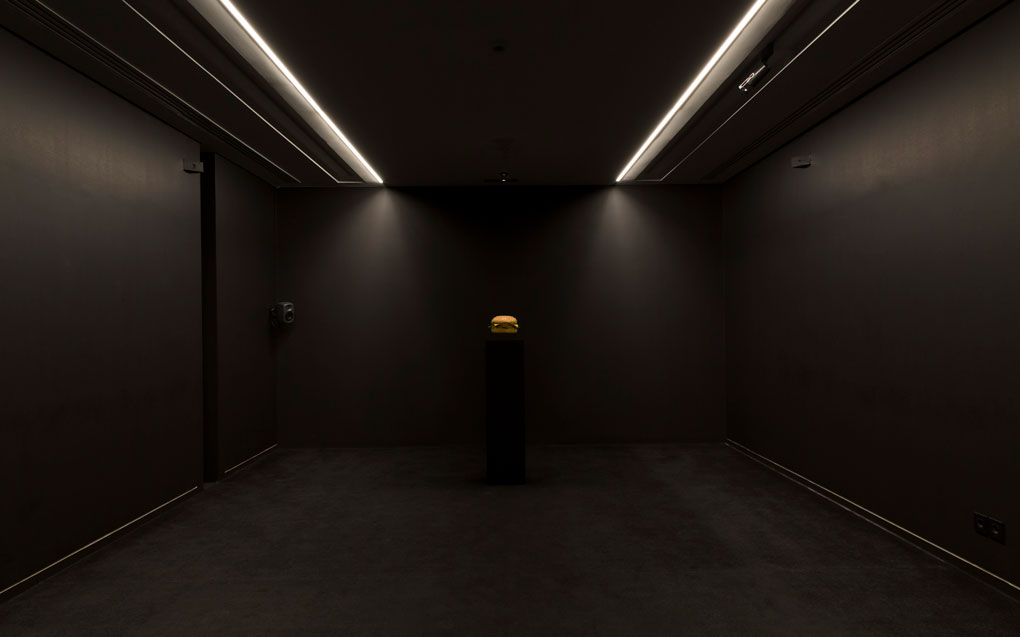 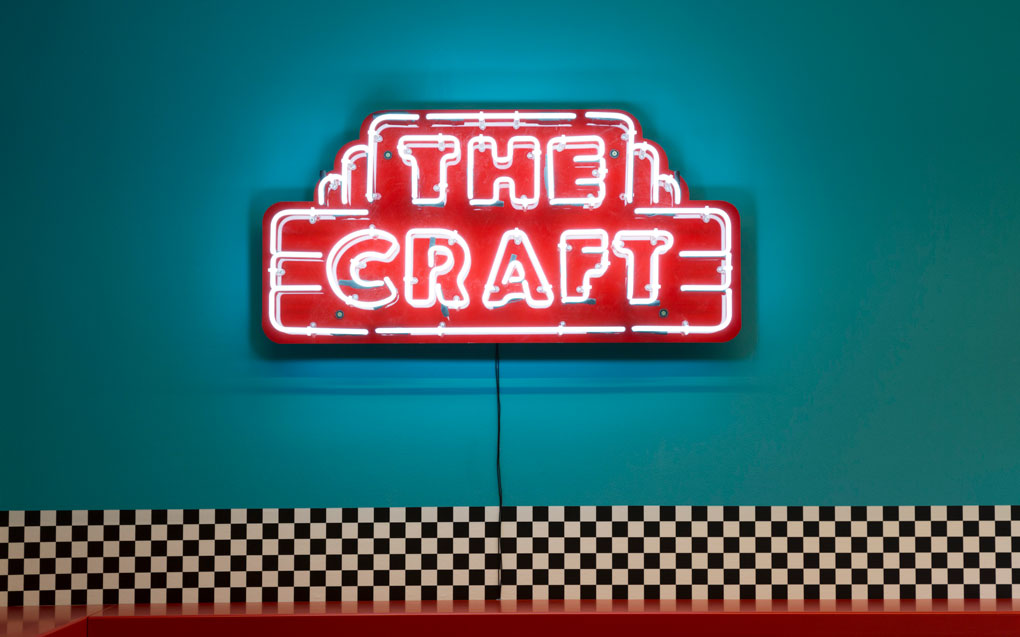 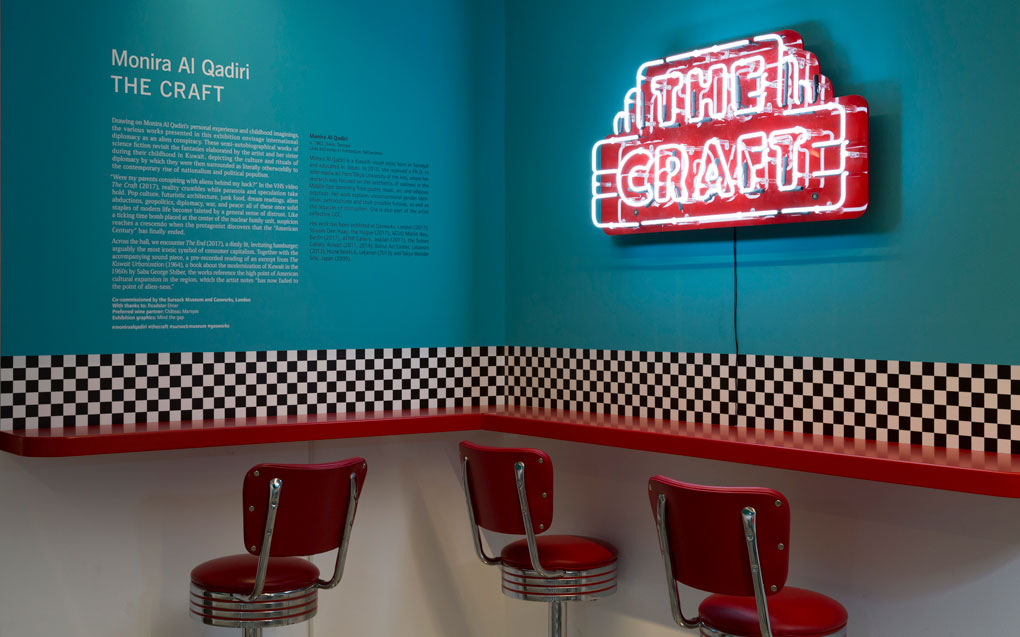 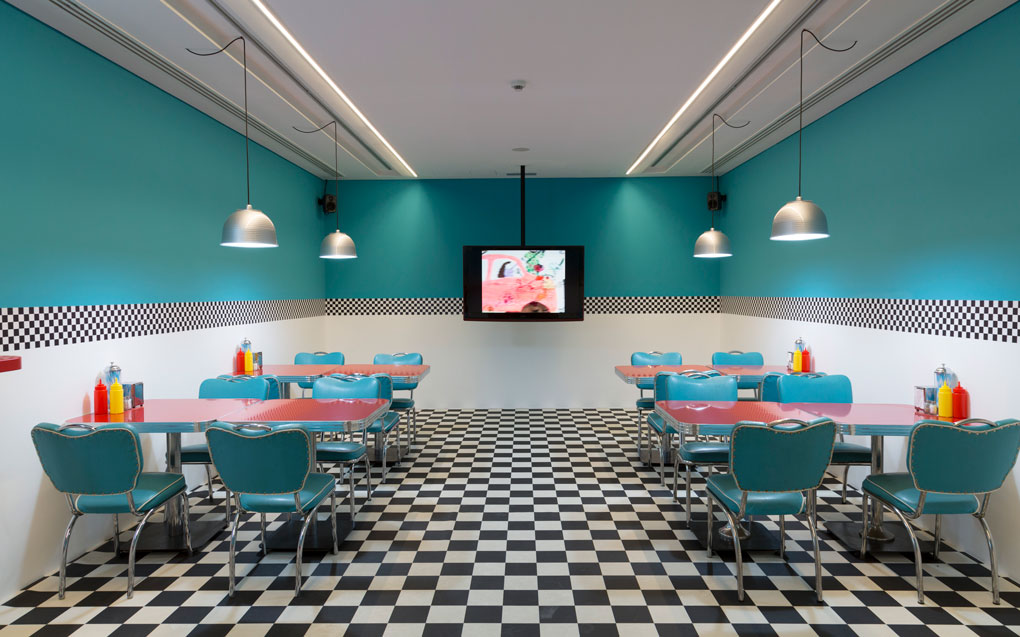 The exhibition comprises works in sculpture, video and sound that envisage international diplomacy as an alien conspiracy. Shown in two distinct environments – a mysterious, pitch-black anteroom and an American diner – these semi-autobiographical pieces of science fiction unearth the unlikely stories lurking in the shadows of the artist’s childhood in Kuwait.

In the VHS video The Craft (2017), presented in the diner, the artist asks: “Were my parents conspiring with aliens behind my back?” Reality crumbles, paranoia and speculation take hold. Pop culture, futuristic architecture, junk food, dream readings, alien abductions, geopolitics, diplomacy, war and peace: all of these once solid staples of modern life become tainted by a general sense of distrust.

Leaving the diner, we encounter The End (2017), a dimly lit, levitating hamburger. Arguably the most iconic symbol of consumer capitalism, here the burger is associated with the Japanese Ukiyo-e: pictures of hedonistic, “floating worlds” that became popular amongst the merchant classes in seventeenth- and eighteenth-century Japan. The crude mechanics of suspension reveal, however, the precariousness of American cultural hegemony – a point brought home by the accompanying sound piece: a pre-recorded, voice-manipulated reading of an excerpt from The Kuwait Urbanization by Saba George Shiber, a book about the modernization of Kuwait in the 1960s.

The Craft was first presented at Gasworks, London, in the framework of Shubbak: A Window on Contemporary Arab Culture, 2017.

Monira Al Qadiri is a Kuwaiti visual artist born in Senegal and educated in Japan. In 2010, she received a Ph.D. in inter-media art from Tokyo University of the Arts, where her research was focused on the aesthetics of sadness in the Middle East stemming from poetry, music, art, and religious practices. Her work explores unconventional gender identities, petrocultures and their possible futures, as well as the legacies of corruption. She is also part of the artist collective GCC. 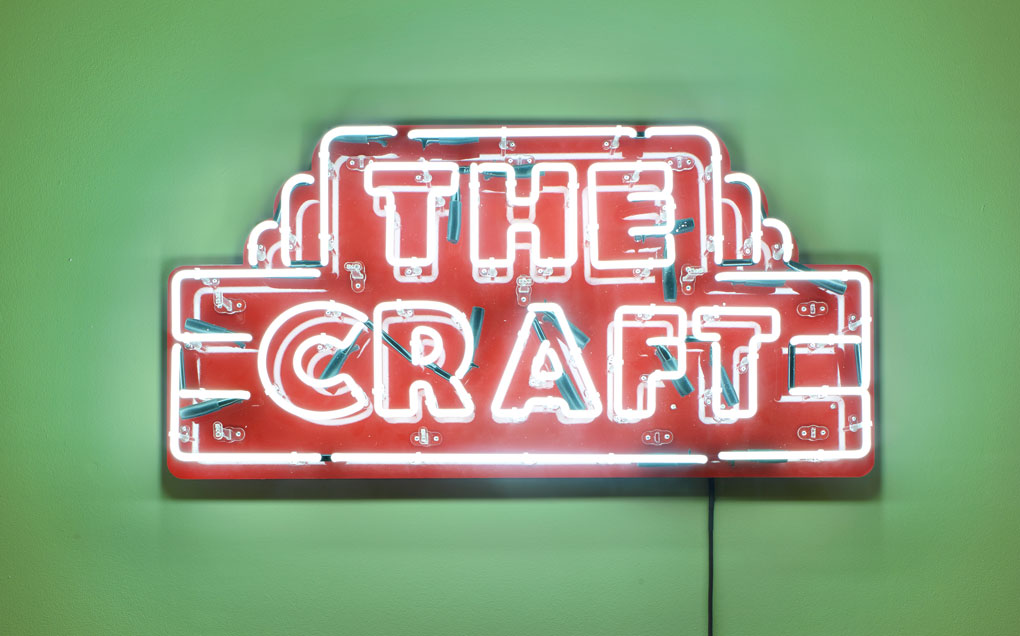 In this lecture performance, Monira Al Qadiri performs a eulogy for the death of the American popular imagination, using a single all-embracing motif: junk food. This event takes place on the opening night of Al Qadiri's solo show The Craft.